Some people think the new Aviva Stadium is just marvelous:

Lansdowne Road Stadium has been finally opened after months and months of renovation work. The first ever international rugby match was hosted at this stadium n back in the year 1878 which tells us why this stadium is this historic.

Except those who absolutely hate the fact that every. friggin. building and event has to have a sponsor!

The latest abomination to hit the scene is the revamped Lansdowne Road Stadium.

Lansdowne Road is part of Dublin. It is part of my history, having graced its turf myself some years ago. Its name was its location and that was fine. If anyone wanted to know where the stadium was, they just looked it up on a map. Then they decided to pull it down. …

Then there is the fact that the new structure looks like a cross between a half eaten Yorkshire pudding and a punctured bouncy castle. It is fucking hideous, and the architect should be immediately deported to Mars for life.

No, actually Grandad, it looks like a dead jellyfish. Just like the few that littered the lovely sand on the beach and about as welcome! 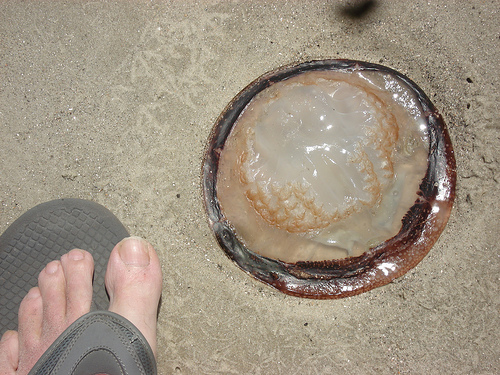