It’s time for Biggest Loser de la Kentucky Chamber of Bow Wows.
Since I’m now a contractor for the gummit, I can now rightfully claim “close enough for government work.”
And hereby invoke this privilege for the first time in my Biggest Loser reveal.

You didn’t ask for this, but you’re going to get it.
The reason de etre of my dieting.
Read as far as you like (if you even made it this far!)

I went on my quest to drop a dwarf because I am cheap.

My Body Mass Index dropped from 35 to 26 (still considered over-weight with this warning:  BMI is not appropriate for anyone less than 18 years old, competitive athletes or body builders, pregnant or nursing women, or frail elderly persons.) I’m tellin’ ya, senior citizen’s get all the breaks! 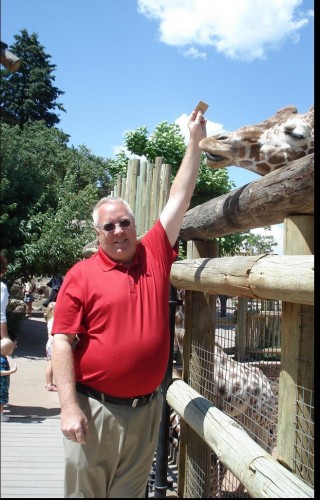 This is six feet three inches of 280 pounds on our anniversary, August 17, 2009. It’s the last picture of me on record until today.

I got to the point where I was tired of spending extra bucks because I had to buy XXL or XXXL shirts! In case you are not aware, guys pay from $2 to $4 per shirt for XXL or XXXL. And that’s only IF one can find them.

I was doing a lot of my shopping at flea markets and Wal-mart – especially for tee shirts to grub around in on the weekend. (They both know their customers very well.) I was going to have to go up a size in pants to 46.

When it came to nicer shirts I could wear to the theater or the Club Du Stroking Balls, I had to hit the big and tall store. Yes, that is store – singular. All my shirts were the “full cut” and the pants all had pleats. 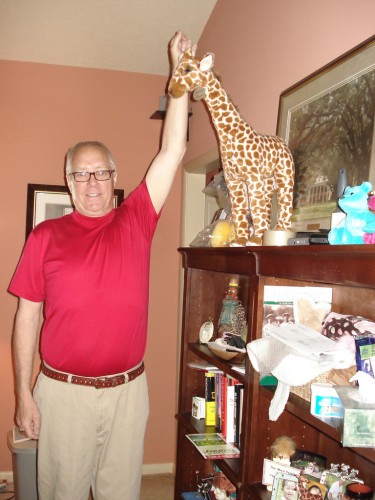 
This is six feet three inches of 205 pounds on Derby Day 2010, six months after I started dieting. I am now looking at XL or sometimes even just L shirts. I even bought some “trim” dress shirts. (The clerk made a special point to mention that fact. I slapped her up side the head and said, “hey biyotch, take a look at this bod.”)

I’m having fun shopping at the local warehouse store that has really stylish stuff at super low prices. (Cheap!)

Everyone has been very complimentary, and that’s fun. Many ask if I can tell the difference. Until a few weeks ago, I would say “no” because it was true.

But now it is different because I’m outside puttering around more. I have a lot more stamina. Now when I finish mowing the front yard, I’ll head to the back and hit that too, and then go on poop patrol. (Note: this may seem backwards, mow then poop patrol, but if it’s splattered somewhere by the mower or flattened by the wheels, it’s as good as scooped to me.)

I do have more energy – not that I’m putting it to good use!

I started Nutrisystem about Labor Day and will quit on Memorial Day.

I started exercising in March – lap swimming which was great for burning calories, but wasn’t doing much to tone up the flab, so I added weight training in April.

I have yet to look like this guy, thank gawd. 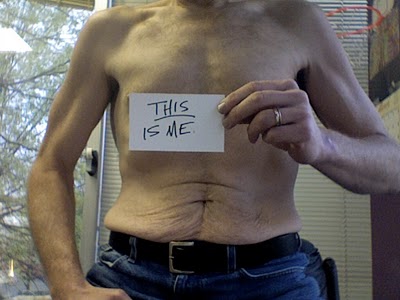 Why bother losing the weight if your body still looks like that?

Although I do like his clever way of covering up his moobs and his love handles are barely there. I’m still have a way to go. Again: close enough for government work, but I read that having those six-pack abs are a genetic deal, so I’m blaming Dad. 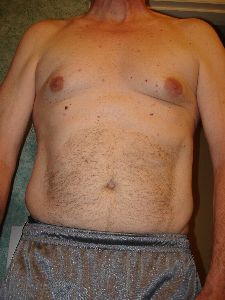 Don’t kid yourself, the only valid reason for losing a weight is because of your ego. You’ll feel better when you catch a reflection of yourself a store window or a mirror. Health/smealth! It’s nice to have people comment on how you look.

Ego and the cheapness  are the best motivators for weight loss.