This is getting ridiculous.
An adventurer gets a boatload of money from some corporation to do a feat of daring-do to “raise awareness” for something or other, and then when they get in trouble, like Abby Sunderland, nations throw money away saving the foolhardy from themselves. 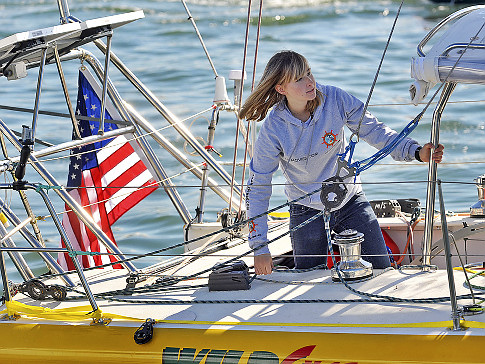 Abby Sunderland is just the latest. She’s a 16-year-old girl who wanted to sail around the world solo. I don’t know what her motivation is – or whether she is doing this for a cause or not.

I’m just sick and tired of tax money being spent to rescue people who are making high-risk decisions. I don’t want her to die. I don’t want anybody on an adventure to die. Just know the risks and be willing to accept the consequences for your actions.

We are working closely with American, French and Australian Search & Rescue authorities to coordinate several ships in the area to divert to her location. There are several ships in her area, the earliest possible contact is 40 hours. We are actively seeking out some sort of air rescue but this is difficult due to the remoteness of her location. Australian Search & Rescue have arranged to have a Quantas Airbus fly over her location at first light (she is 11 hours later).

If I take my kayak and head down the Niagara River, I don’t expect to be pulled to safety before I tumble over the falls.
But I’m not a blond, blue-eyed California girl either. Pulling a geezer from the river would be filed under “looney-tunes old fart loses his way.”