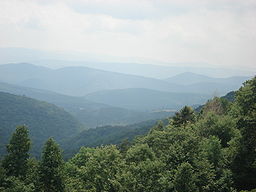 Mountaintop removal mining is a process whereby massive explosions destroy Appalachian mountaintops. Gigantic earth movers and the like  come in and mine dirty coal. Once the coal is extracted, the rocks and trees that were blown to smithereens  are shoved down the mountain to fill the natural valley.

It is ugly as hell.

But not as ugly as the coal mining industry who is fighting to keep the right to destroy one of the oldest mountain ranges on earth.

Ashley Judd is from Eastern Kentucky. She gave an eloquent, thoughtful, smart, well researched speech to the National Press Club about what mountaintop removal mining is doing to the area and its people.

“I grew up in Kentucky, and like so many Appalachians, just seeing our beautiful mountains and valleys tells me I am home,” Judd said in the recent video. “Our mountains are our heritage and our legacy to future generations. But big coal companies are using explosives to literally blow the tops off the mountains, extract the coal, and destroy Appalachia.”

Here’s how the coal mining industry is responding… 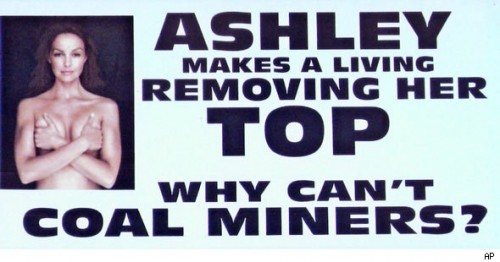 This sign appeared at a golf tournament held at a golf course built on one of the former mountaintops.  StoneCrest Golf Club is one of the reclamation projects the big coal mines point to as a “success.”

However, now that Google is mapping every square inch  of the globe – including areas that were not accessible by the public – the vastness of the mountains that have been destroyed in eastern Kentucky and West Virginia is being revealed. 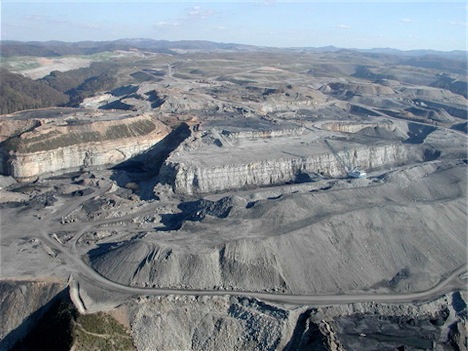 These former mountains will be “reclaimed” as grasses and little trees are planted on the plateaus.

The coal industry and those who barely scratch out a living mining coal, that’s who.

If I lived in Eastern Kentucky, I would be even more of an outcast. But I live in Western Kentucky above a cave system – mostly empty, except for the storm water the city dumps down there. If they ever discover a need for sinkholes to provide electricity, this part of Kentucky will be sooooo screwed.