My brother, my dad, and I were all Old Spice men at one point in our lives.

Before Old Spice Guy came along in their marketing, I did pick up a jug of Old Spice body wash. It was on sale. No other reason.

But out of no-where, Nancy commented once, after I stepped out of my bi-weekly hosing down, 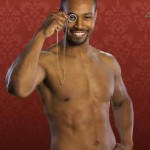 Then Old Spice Guy started showing up on commercials on the Tee Vee.

And then he’s all over the web and twitter, where he would respond to tweets via Youtube.com. Even George Stephanopoulos got caught up in the craze… tweeting…

Last night I sent a tweet and asked how President Obama can gain back some of the female support he has lost.

Old Spice Guy had these suggestions:

–From now on Obama should only be seen in a towel.
–Obama should begin his State of the Union address with “Hellloo ladies” instead of “My fellow Americans.”
–And finally, end the speech with a “presidential ab point.”

(But even that came to a too-quick end.)

He’s on my phone voice mail:

The Tall accomplished man you’re calling can’t come to the phone right now because they’re building an orphanage with their barehands while playing a sweet, sweet lulluby for those children with two mallets against their abs xylophone. This voicemail is now diamonds. Do do do doot doo do do dooot .

It’s a pretty neat marking campaign and getting a lot of chatter on the web and Twitter. I’m just not sure it will sell more Old Spice Body Wash.

Who buys body wash in the target market for Old Spice? Male or Female?

Even better: who is the target market for Old Spice? If it’s geezer dudes like moi, all this funness and cleverity won’t have an impact on me when my jug of Old Spice Body Wash runs out. If Axe is on sale, then I’m an Axe Man.

But Old Spice Guy is a lot of fun.