And that was just at the vet!

Boy did that piss me off. This ole bitty (younger than I am but still…) who was on her way to Wal-mart to buy cigarettes, ding-dongs, and Old Milwaukee beer, made that crack about Sedona as we walked in the door. 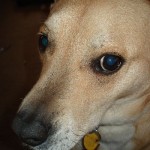 Yeah, well, she has a glandular condition. It’s her high-boy gland.

That’s what I should have said. Instead I said something equally withering.

Awwwww, what a thing to say.

Really, that did shut her up!

Derby was there too, but he doesn’t stick up for Sedona much. He’s independent that way. After the vet, I toted the two furry friends to a pet store. I was very impressed with the sign on the front window. 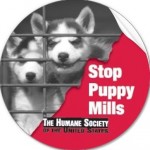 And I did all the work.

But I would do it again. After years of bending over the tub and my knees getting bruised from the tile floor and using 17 towels to semi-dry everybody off, it was worth the money. The pet store had one of those stand-up stainless sinks, with a flex water hose, and all the shampoo and conditioner I wanted. To dry the pooches was a stand-up grooming table with the collar restraint and a heavy-duty blower dryer.

When I got home the normal greeting by my bitches was missing – even Oliver was gone. No Sofi, no Nancy, no Oliver.

Nancy was watching the Indians gathering at the Smallburg International Convention Center for the Expansive Arts for a traditional Hindu wedding.

Her friend Anne was decorating her horse as a part of a wedding ceremony. (Anne is on the right.) 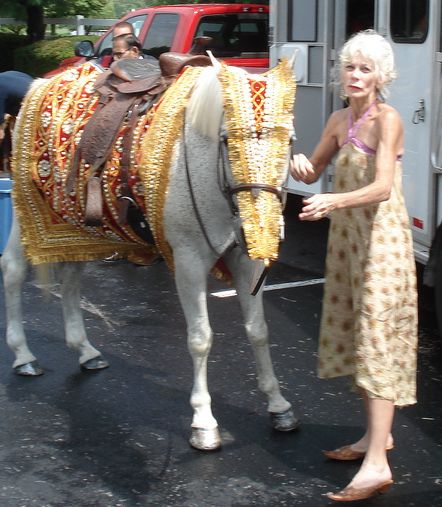 Wow. Do those Indians know how to throw a wedding.

We watched the guests arrived, dressed to the nines (or the Dot Indian equivalent.) 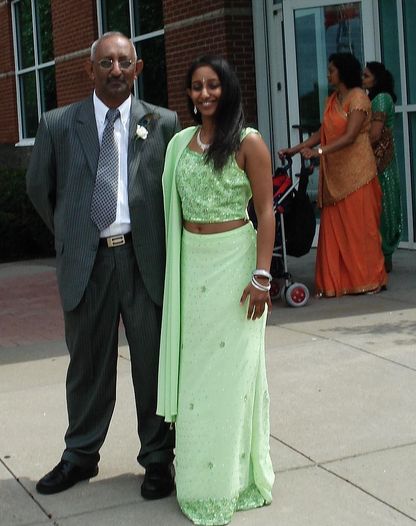 Not at all like the other Kentucky Weddings we have observed. 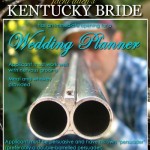 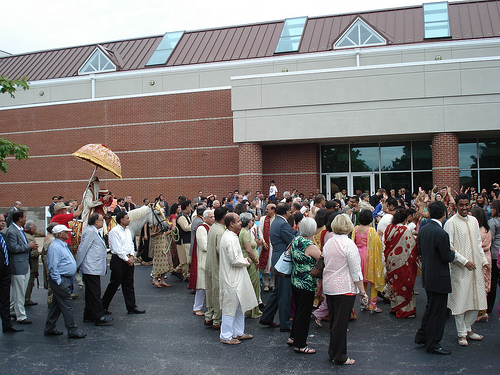 Arrving on a horse (or in a carriage) is a tradition. It’s called the Baraat:

Baraat
The groom arrives at the wedding ceremony location with his baraat of family and friends. The Baraat gathers together and everyone dances in celebration.

Since grooms often didn’t marry wimmen from the same village this let the bride beat it out the back of the Mahal if she chickened out. There was sure plenty of noise to announce his arrival. It sure looked like fun! 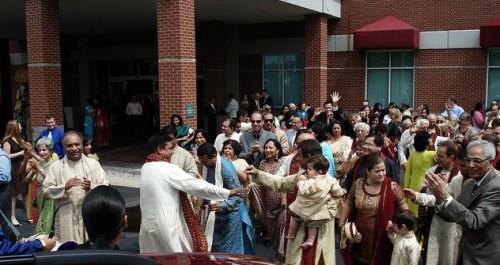 I sure am glad we live in a diverse community. The old battle-ax in the vet’s office would have probably been there with her beer swilling redneck friends chanting anti-Muslim slogans at a bunch of Hindus.

In India, the groom is the most important person in the wedding party.

Now that IS like the Kentucky weddings we have attended.