Hortense Shenefield lived in a house with no kitchen.

Yeah, Hortense. One of my mother’s bridge buddies. The others were Darlene, and Mrs. Berman.

I don’t know why it was OK to call the other ladies by their first names, but it was always Mrs. Berman. Maybe because she was jewish.

Anyboringway, Hortense was the mother of one of our gang. Like the Stand By Me gang. Lloyd was son of Louie and Hortense – owner/operators of the Standard Oil Gas Station across the street from my house.

Very similar to this abandoned gas station…  no iconic overhang, nothing dramatic, just a small service station. (Oil change pit was in the back.) 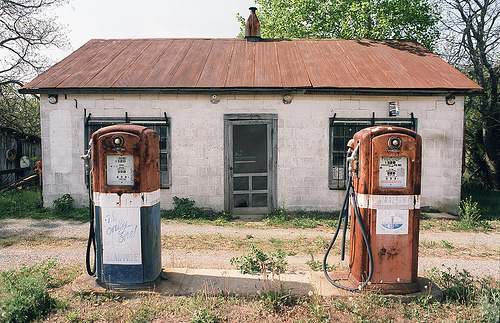 Here is the house now (thanks Google Maps!), so imagine the rear corner of the gas station was where that gigantic tree is now… 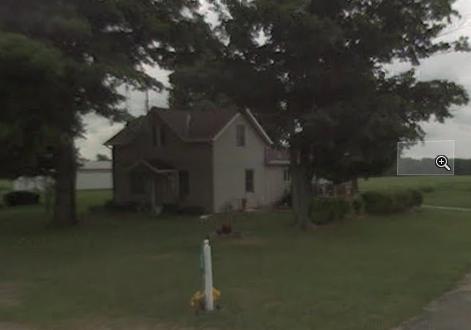 A small sidewalk led from the front door of the house to the back door of the gas station – where Hortense had her “kitchen.” It  was a two burner stove, refrigerator and table to seat three. I rarely saw it and usually only was passing through, but it was tiny!

This is one of those mysteries I never asked about and wish now I did. I’ve lost touch with Lloyd and everybody else who might know is dead.

Why didn’t Hortense have a kitchen in the house?

Hortense and Louie had indoor plumbing, so it wasn’t like they were totally backwoods.

Maybe it was a throwback to plantation days where the kitchen was away from the house in case it caught fire.

But living next to a few hundred gallons of gasoline would kinda make that moot, doncha think?