Tomorrow is opening day for the World Equestrian Games.

By the by – do you know ANYTHING about the World Equestrian Games? They are held across the state in Lexington, Kentucky, a whole time zone away,  the first time the events have been held in the U.S. in the 20 years of competition.

It’s big… if you believe the innernets.

In fact, the largest airlift of horses is underway with nearly 450 horses preparing to depart from Europe, 19 from Australasia (the region encompassing Australia, New Zealand and New Guinea) and 35 from South America.

The tourism and government folks have just been going nuts. Three friggin’ years ago, the highway  department put up humongous signs at the state borders trumpeting the 2010 World Equestrian Games.

Apparently it’s the only time the Rolex wearers can co-exist with the John Deere drivers. Both are sponsors of the deal. 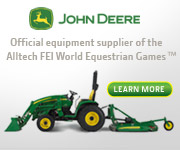 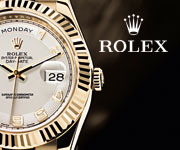 Anybody who might benefit, or who has a job that depends on horses is breathlessly making statements like:

“This is a once-in-a-lifetime opportunity for world-class equestrian entertainment and competition for the area,” said organizer Becky Jordan. “The world spotlight is on us.”

It all presents a once-in-a-lifetime cultural opportunity for anyone who attends, said Jamie Link, chief executive officer of the World Games 2010 Foundation, which is the equivalent of the local organizing committee for the games.

I guess if I was a horsey person, I might be breathlessly awaiting the ponies too.  But to me, it’s one of those over-hyped, over-sold, over-wrought over-trumpeted events that tourism and state government bigwigs like to tout as making the difference of life and death on the future well-being of the Commonwealth.

Just in case you need to know, Robobank is the official bank of the World Equestrian Games.

And it’s been a good deal for the homeless in Lexington, they got some new digs – albeit just temporarily – kind of like getting the beggars off the street in New Delhi.

New Delhi is the home of the Commonwealth Games. But in New Delhi, they put you away in subsidized housing for up to 10 years for beggerary.

“Beggary is considered an offence and can lead to imprisonment for up to 10 years.”

Even the state press association is trumpeting the event:

Imagine 16 straight days of the Kentucky Derby, a Super Bowl and the next two or three largest sporting events. All going on each day and night.

It’s grueling just to cover one of those but starting September 25, the eyes of the equestrian world will be focused on Kentucky…

I shall be home trumpeting and following them on Facebook. BTW: there are no trumpets at the World Equestrian Games. Pfbbt.
This commercial pretty much sums up my enthusiasm for the deal…