Apparently the word of the epic amounts of rum I intended to consume in Barbados had an impact on the entire innerwebs.

Mike reached out to me with his new product called drinkwel. He said it is the

Filing this under the “can’t hurt to try” I tossed the capsules in the suitcase along with other essentials such as:

If you value a healthy liver function (and who among us doesn’t?) And you like to drink alcohol, drinkwel is the multivitamin for you  us. 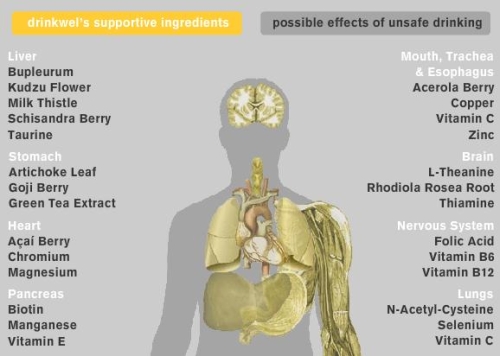 Each bottle of drinkwel includes one month’s supply: 90 vegetarian capsules.

Since Nancy wouldn’t let me buy weed from the beach vendor, the closest I got was the Milk Thistle and Artichoke Leaf from drinkwel.

I can report that I did not have a hangover the entire week of rum-induced stupor I enjoyed. It was harder for me to find a cheap rum than to get a hangover.

There are only three rum distilleries on Barbados, but lots of rum is consumed. Everyplace we turned we had a rum punch. When Nancy was negotiating for her diamonds, the clerk said they would even throw in a bottle of rum for me.  As we headed out to swim with turtles, I wore out the blender having Sammie make me Pina Coladas.

There HAD to be a cheap rum, but no taxi-driver or desk clerk would tell me. I had to find it on my own.

My service to rum drinkers for the day: