It’s not the way Ma Fellow Kentuckians treat horses that makes being an animal abuser easy in Kentucky. 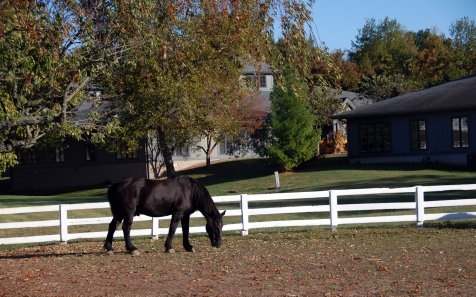 Kentucky, North Dakota, Idaho, Mississippi and Iowa are the five best states in the country to be an animal abuser, according to a new report released today by the Animal Legal Defense Fund (ALDF).

After checking through 4,000 pages of statutes, tracking fourteen broad categories of provisions, the report recognizes the states where animal law has real teeth, and calls out those like Kentucky–the single worst in the nation for animal protection laws for the fourth year running–-where animal abusers get off easy.

Why is Kentucky the worst?

Stephan Otto, the Animal Legal Defense Fund’s director of legislative affairs and author of the report says this:

Animals do not vote—but those who love them do. We encourage lawmakers throughout the country to take heed and commit to working to improve these critical laws.

But in rural counties, there are more animal abusers – dog and cock fighters, and puppy mills owners who vote – and contribute money to the pols, than those who think animals need our protection. In case you haven’t looked, Kentucky is a rural state. Those lawmakers from the rural counties aren’t going to touch any law that smells of animal protection, any more than they would touch a law that touches gun control or restricts property rights.

But proud that we live in a community that supports a no-kill animal shelter.

And while I’m on my soap-box, go here and vote for this couple in Costa Rica trying to save animals. There is only one shelter in Costa Rica in the running, Lighthouse. They are just a couple of plain folks trying to make a difference by pinching pennies and searching for free money from companies who want to do good. As Frances explained: every one of these shelters deserves the money, but many get support from other grants and agencies. This contest is the only free money Lighthouse Animal Shelter has a shot at. They are in second place by a hair… your votes (contest ends Saturday) could keep them in the money. BTW: if you have more than one computer with more than one browser, vote them ALL!