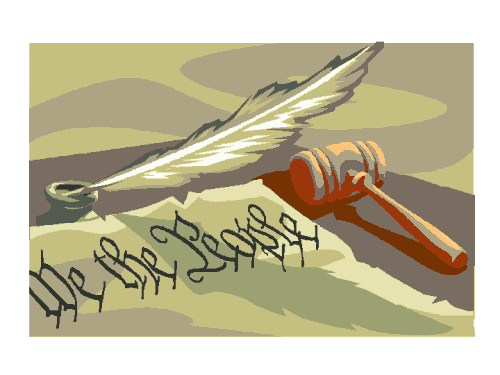 2. Members must abide by all laws they impose on the American people.

4. No Tenure: A congressman collects a salary while in office and receives no pay when they are out of office. Retirement is covered by Social Security or participation in a 401k matching fund or by a contributory private plan.

5. Members of congress are prohibited from government contracts for lobbying or any other purposes for 5 years. Past contracts are voided.

7. Congress will no longer vote itself pay raises. Congressional pay will rise by the higher of CPI or 3%.

8. Any legislation passed by congress requires a 14 day review period prior to final vote during which time each congressman must read and understand the entire legislation.

9. Legislation will be single issue only with no special interest riders (pork earmarks) attached.

10. All legislation passed will have a specific sunset provision.

UPDATE: (per Bruce’s idea) If you want to sign a petition (can’t vouch for the websites) try these: