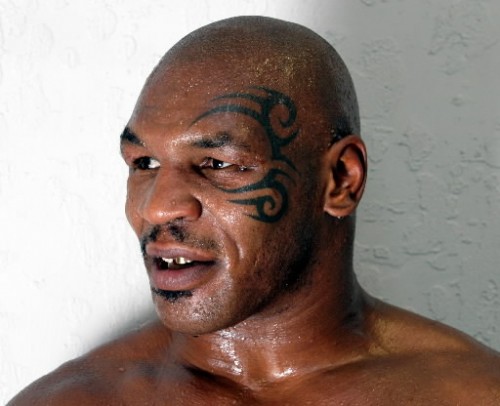 “The time we spent with Tim was intense. As advertised, Tim is not selling Costa Rica, he is giving information that he has gleaned from his years of living in the country. After the tour, we spent a few more days in Costa Rica doing more due diligence and found ourselves referencing Tim’s advice and guidance. He is not there to make friends, but to give solid, useful information. He did that. Considering we spent 12 hours in the car with him over two days, him driving and buying lunches, and the quantity of topics covered in depth, it is money we would spend again. One tip alone we learned from Tim could save us a lot of time and headaches and money.”

Did you ever have a college professor that everyone warned you about? The one that was brutal to students while he beat information into your brain?

The college prof I feared was Col. Kneussel. “Don’t take Kneussel for Business Law…” was the mantra around campus. I needed the class to graduate and I put it off as long as I could hoping I could arrange my schedule to get somebody – anybody – other than Colonel Kneussel.

I wasn’t in law school. I was trying to get a degree in advertising.

He was brutal. He had absolutely no interest in being liked. He asked trick questions about the cases. He dared you to give any other answer than he had in mind.  He humiliated and embarrassed students who paid good money to get a college degree. Students dropped his class 2/3 of the way through he was so overbearing.

We had a Costa Rica tour guide that was exactly like that.

Someday I think we would like living in Costa Rica. We decided that time was a wastin’ so I started scouring the web for all the information about living in this Central America paradise.

There are tons of real estate people who charge money to haul you around on a bus all the while giving you the sales pitch on Costa Rica: names like We Love Costa Rica and Boomers in Costa Rica and Live In Costa Rica and Costa Rica Is The Best Place in the World for Retirees Because Everybody Loves The Weather and Property is Cheap.

They all have written books to lure you to sinking your money into property via their connections.

I found TicoGrande who runs a website called The Real Costa Rica, and he seemed like a straight shooter. (Tico is a nickname for any native Costa Rican. Non-natives are called Gringos. Neither are prejorative.)

We started calling him Tico Tim because his real name is Tim Lytle. Tico Tim promised to tote us around the countryside in his car and not show us any real estate. His website is the most comprehensive conglomeration of information about what it takes live in Costa Rica. Tico Tim seemed like just what we wanted and needed to see if living in Costa Rica was for us.

We paid him a shit pot full of money and spent a couple days with him.

In exchanging emails and even during his preliminary phone conversation before our first face-t0-face he had the same kind of humor I do.

What we learned after two hours with him in the car is that he is arrogant, egotistical, narcissistic, conceited, boorish and __________ (fill in the blank) smart ass.

He picked us up, drove a few blocks, parked in the shade and started his lecture. His first loutish behavior was to ogle three young women who walked past the car. Not only did he ogle them, he stopped talking. When he started up again, he said something to the effect of “you gotta love Costa Rica.” Then made some other slime-ball comment and returned to the subject of moving to Costa Rica.

Another example of his lack of interpersonal skills was the way he made sure we were hanging on his every word. He would set up an scenario then ask us if we knew why the scenario occurred. Then Blammo!

Question: Why did this happen?

I was in the back seat so Nancy could hear and take good notes. I slid down as far as I could so he couldn’t see me in the rear view mirror and squeaked, “because you asked me.”

The “correct” answer was in the TicoGrande, The Real Costa Rica world, was:

He sold the property too cheap. He left money on the table.

Well yeah. Or he got lucky or was a crook. But none of those was acceptable to Tico Tim.

He had one of those personalities where no matter what either of us said, it was wrong. Even when we tried our best to agree, we couldn’t.

The sky sure is blue here.

No, the sky is azul, TicoGrande would proclaim. If you want to move here, you must learn the language.

I have been practicing my Spanish via the Pimsleur CD’s. Spent 12 hours and read another 4 hours. I knew a good bit of Spanish Spanish.

Of course he was right more than he was wrong. Like Col. Kneussel taught me business laws that I still recall today, Tico Tim taught us the ways of Costa Rica probably better than most. But when Nancy was in tears at the end of the first day, I figured it wasn’t just me.

We ate, we drank, we slept, and we showed up for the second day tour with a new strategy. We would only answer Yes, No, or I Don’t Know. I promised Nancy that anytime she felt verbally abused again, I would call it off and have him return us to the hotel.

It worked. Until he neared our hotel to drop us at the end of the tour.

Was it worth it?

Was it worth it? Did you learn anything?

No response as we reached the curb, I said, “I’m afraid to answer.”

He demanded to know why so I told him I didn’t want to get yelled at.

TicoGrande, who had been talking for probably a total of 6 hours that day, and we were answering Yes, No, I Don’t Know, didn’t have a clue that we had a ton of questions but were afraid to ask.

Did I yell at you?

The Ugliest American we met in Costa Rica was the guy we paid a shit pot full of money to haul us around.

We’re not so crazy about Tico Grande.