Thanks to Hugo Chavez of Venzuela, Cuba will get a big boost in internet access this summer.

According to a press release from the International Telecommunications Union, a new undersea data cable connected to Cuba this week will increase the amount of the country’s data and video transmission speed 3,000-fold when it becomes operation this summer.

If Cisco and McAfee step aside and let Cubans have unrestricted access to the internet, Cuba could be the next Egypt.

Once again the ancient embargo of Cuba has failed the U.S. 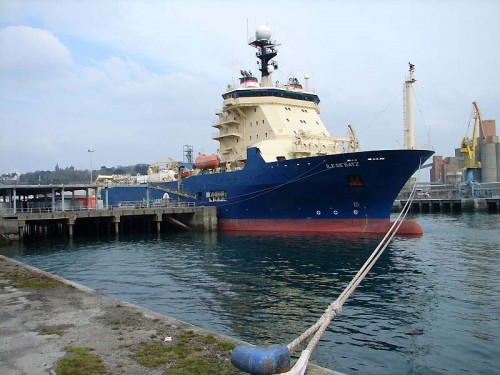 Venezuela’s Gran Caribe and Cuba’s Transbit hired a Chinese subsidiary of the French company Alcatel-Lucent to lay the cable at a cost of $70 million. It took 19 days for the specialized cable-laying ship, Île de Batz to make the journey from Venezuela.

To blog, Cuba’s small blogger community must copy their posts onto a thumb-drive and sneak into a dollar-only hotel to post, or to email the post to compatriots outside the country.

As the Google executive that helped Egypt change the government, other dictators “should freak out.”

Hello Castro? There are some people in the streets that would like to change things!

According to a leaked diplomatic cable, the Cuban government is more afraid of this small but powerful group of bloggers than it is of its entire old-style dissident population.

“Cuban officials say the country’s priority will be to build more public telecentres and improve Internet access at schools, hospitals and scientific institutions.”

Somehow, Chavez will get the American internet filtering software built by McAfee and Cisco to Cuba. Bet on it.

Cuba the next Egypt? Not if Chavez has anything to say about it.

Last year, Cuban President Raul Castro said Gross had been distributing illegal satellite communications equipment to dissidents. Other officials referred to him as a spy. Maryland-based Development Alternatives Inc. said Gross was a subcontractor working for them on a USAID project to support “just and democratic governance” in Cuba. His family said he was working with Jewish groups to help them connect to the internet.