I’m always a day late and a dollar short.

In this case, I’m a couple years late and a few thousand dollars short of getting the new ass-kicking knee replacement. 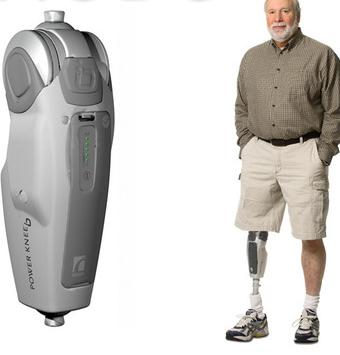 Actually the Ossur Power Knee is an entire lower leg replacement, but for some kick-ass power, I might have given up one of my lower extremities.

Back in April 2009, Ossur showed off the new power knee to the world.

Ossur, a global leader in non-invasive orthopaedics, announced today that LTC Greg Gadson was fit last week at Walter Reed Army Medical Center (WRAMC) with the second generation of the POWER KNEE by Ossur, the first technology to use sensors, power, artificial intelligence and actuators to provide amputees with the ability to walk naturally and safely without even thinking about it.

Think of all the warriors who can use this new technology.

They have kicked some ass already, I’m hoping the VA will let them line up and get the Ossur Power Knee. Pretty amazing stuff.