Jim works for GM in Smallburg. He took a short term assignment in Uzbekistan. Yeah, I know! Generous Moters has a plant inUzbekistan.

GM holds the majority 52 per cent stake in the General Motors Powertrain Uzbekistan CJSC which will be a separate entity but run in coordination with GM Uzbekistan.

They will be building Chevy sedans there as soon as Jim and his gang get things kosher.

The new model, which is aimed at such low-priced competitors as the Renault/Dacia Logan, is known within General Motors as the Global Small Vehicle for Emerging Markets, or GSVEM. It is said to be slightly longer than the Chevrolet Spark, which went into production late last summer in Uzbekistan. 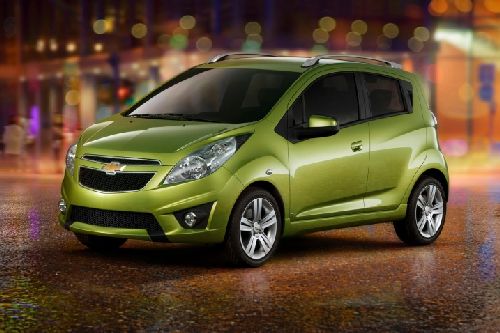 Who would have figgered? His blog is Big Jim’s UZ Adventure.

I choose ooze. You may decide duh, it’s Uhz. Whatev. Spring is springing in Uzbekistan.

The fields have the beginning of green. It rained once and cleared the air a bit. I’d say we are about 3 weeks ahead of Kentucky. Maybe even a week or so ahead of Louisiana. There will be cotton growing along the silk road soon. By the way, the traffic I hear out my window is actually on the Silk Road, connecting China and Europe. Pretty cool stuff.

What a life experience! He’s working with Kentuckians, Koreans, Uzbecks, Mexicans and Belgians.

Imagine the accents. Would love if he could record their dinner table conversations! Especially where a boss chewed out a waiter for not having lamb chops.