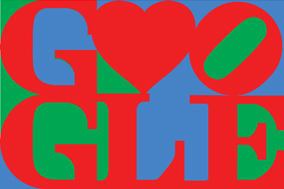 I found my love, but if your still looking here are some tips…

Not only is the ‘net used for social networking, telecommuting, keeping organized and staying entertained, it’s also used for finding love. In fact, around 20% of every new relationship in the United States was actually forged online, and that number is up in a major way from a few years ago. In a few more years, we could be looking at around 50%.

With the way dating sites are advertised, however, some people might feel a bit left out of the process. Take the baby boomers for example – just referring to the baby boomer generation as “senior” is already a major deterrent, and that’s how most sites advertise to them.

If you stop by one of the more popular “senior” sites out there, your natural inclination is to run far, far away! Why? Well, the first thing you see is a picture of a 90-year-old man holding hands with a 90-year-old woman.

Is this representative of “seniors”? By and large, it is not.

Per accepted vernacular, a person is a “senior citizen” once they hit 65 or 55 even!

But let’s get one thing straight: this isn’t 1806 here. Life expectancy isn’t 40 anymore. Many individuals are staying vibrant well into their late 70s, and the baby boomers are barely in their 60s. So when the term “senior dating” shows up, it doesn’t do much to draw in single people in their late 40s and up.

If you’re part of the great baby boom, realize that you’re an unrepresented market in online dating. There are regular dating sites, then there are senior dating sites – there’s really not much of anything in between other than niche sites.

So if you’re a single boomer out there looking to use the ‘net to find love, here are a few tips you can use to aid in the process.

One: Don’t get caught up in the marketing

If you’re in your late 50s or 60s and want to meet someone your age, your best odds are with trying the senior sites. Suck it up! Don’t deterred by the stereotypical advertising that goes on and the mischaracterization of boomers.

Most people in charge of these dating sites are snot-nosed twenty-somethings, thinking everyone over 40 is ancient. So the way they advertise certainly isn’t targeted; but since they are the biggest option out there for folks with a median age of 50, most singles in the same range group on these sites.

The numbers are basically split down the middle on boomers who utilize computer technology and those who don’t, so there’s also a split in the general attitude about online dating.

There is a bit of a stigma that comes with meeting someone online, and you’ll find that age really has nothing to do with it – all people may have to suffer a few fools on their way to a happy relationship.

Just remember that the numbers are clear and don’t lie. The 50+ market has a few million online daters in the US alone, meaning you’d be far from the only one using the ole Dell to find someone special.

One of the bigger problems boomers run into when using online dating sites is that they don’t splash around in the pool for long. As soon as they find someone willing, they pounce on the opportunity.

Again, there are too many options to do this. Don’t approach online dating as if it’s a last resort or any type of race. Browse through the options and find someone who is right for you.

Using these types of sites is a bit of a change for anyone not used to them, regardless of age, so the inclination here is to accept dates as you find them.

When using any dating site, be exactly who you are and don’t try to change to fit in with the technology. Real people use these sites and they’re looking for other real people to date. So that means someone in their 50s shouldn’t put on a front like they’re a teenager again. It’s just unbecoming of someone in the dating world.

When you find someone who catches your eye, go for it and reach out to them. Don’t settle for anything less than you feel your deserve, and don’t ever think there’s anything wrong with using the ‘net to find a potential relationship.

Being true to yourself is the best way you can find happiness with this type of dating, and age isn’t really much of a hurdle at all outside of the misrepresentation in marketing.