As it says in my header, I’m a Steampunk fanboy.

Waltham, Massachusetts becomes Steampunk City in May and I bet they have a ball.

For three days in May, the beautiful and historic downtown of Waltham, Massachusetts will throw open its doors to the Steampunks of the world! Enjoy special events all throughout the city, dine in restaurants offering specials to all adventurers, watch Steampunk films at the local cinema, see Steampunk theater, explore amusement everywhere, interact with all manner of performers and actors and dramatis personae, dances in a historic mansion, see art and Steampunk creation from around the world! 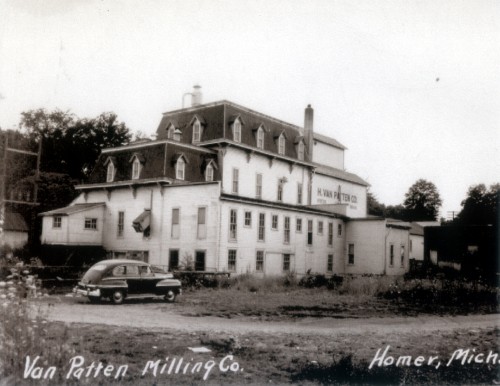 I think my love for mechanical things goes back to working in my dad’s flour mill.

The whole place was run on hydroelectric power from a river that was diverted to flow under the building. Electricity was generated, but only to run heavy electric motors in the “new” part of the building. The flour milling machines ran on a system of flat belt pulleys, with the main pulley powered from the turning of the water turbine below ground level. 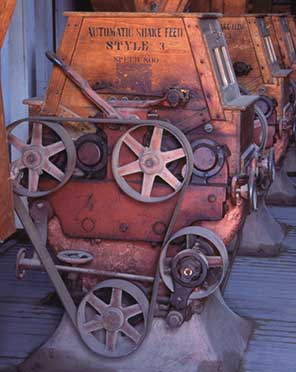 The mill had a two lines of about six flour milling machines and they all were run off one central drive shaft that ran above the machines on the first floor. A flat belt came down to each machine and turned the massively heavy knurled steel drums that ground the wheat into Victor Flour.

This was before food inspectors were full-time employees, so it was possible to open a door while the machine was operating, reach in with a bare hand and let the flour pour through my fingers.

No steam, but lotsa pulleys and noise and moving parts and heavy metal. And dangerous as hell to work around.

My uncle (dad’s brother-in-law) Clayton worked at H. Van Patten Co. (H. was for Harlow, my grandfather who started the family business in Allen, Michigan.) In order to bring the milling machines into operation, Uncle Clayton (never once heard him called Clay) would take a long pole, reach up and slip the belt onto the main drive pulley – a huge pulley, perhaps 4 feet in diameter.

But it took just once.

It didn’t kill him. As a matter of fact, the accident didn’t even hurt him. But he ended up almost naked in the blink of an eye.

He reached up, slipped the belt on the pulley and in a flash his clothing caught in the belt, tossed him ten feet into the air, over the drive shaft and dumping him on the floor with only his wristwatch, briefs, shoes and socks still on his body.

He worked the rest of the day.

Another reason I’m just a fanboy.