I can talk like a Pirate with the best of them. Lots of RRRRs and growling and matey and avast. All my Shakespeare knowledge will fit on tee shirts. As a matter of fact, somebody has done it and Shirtspeare is the result. 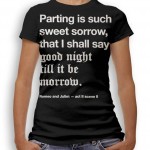 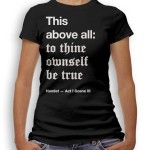 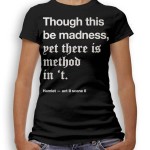 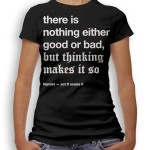 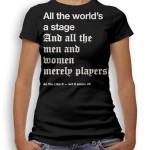 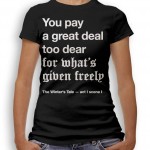 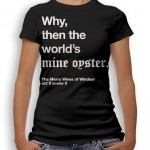 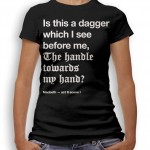 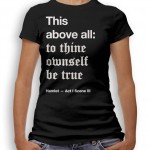 Now in Smallburg, Kentucky everybody knows about Pirates. Many have been to Pirates of the Caribbean or have seen the movie. But since there is no Shakespeare of the Avon at Disney World, I fear for my life if I start addressing the local females as “mistresses.” And hell’s bells, everybody in Smallburg is a Cousin!

If I say “thee” or “thou” people will avoid me, lest I ask them to go to Sunday Meetin’s with me.

I do like the phrase poisonous bunch-back’d toads. But that’s hard to remember in the heat of anger because it’s not a phrase I grew up with or have heard in music or seen on Californication.

“eth” on the ends of words? People would think my veneers were looth. Forsooth, shall be uncouth  – my tooth ’tis looth.

Varily and warily, thee shall primarily be wearily and necessarily and voluntarily, militarily extraordinary.  Not a couplet. That’s not Shakespeare-talk either, just my brain running off with my blog.

Sesame Street and James Earl Jones – or whoever this golden-throated Star Trek guy is…is my speed for Talk Like Shakespeare Day.