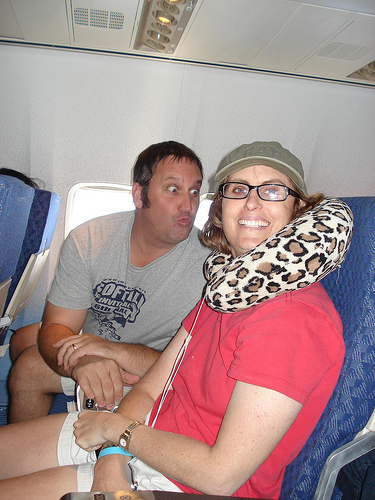 Nancy was browsing the web looking for a fun vacation spot for our daughter’s 40th birthday. We actually ended up in Barbados, but her search led her to discover Costa Rica.

Yes, we still love to travel, the only difference now is, we pay when we play. In our 40s, we didn’t sweat the small stuff, such as “how are we gonna pay for this vacation?”

When Costa Rica popped up in her search and she started reading about all the boomers that were moving to Costa Rica, she said rather off-handedly “You need to read some of this stuff…”

And instead of a vacation spot, we found a retirement spot.

Boomers have been moving to Costa Rica for:

Costa Rica is a country the size of West Virginia, the first country north of Panama, just south of Nicaragua.   Because it’s 8 degrees above the equator, it is a tropical climate. But because is very mountainous, the tropical climate is tempered by availability of higher altitudes. Its always springtime in much of the Central Valley!

Once I read a few forums and blogs about living in Costa Rica, I was intrigued by this little bit of paradise. Too good to be true, the skeptic in me said.

I had to see for myself.

Everything. If you need more than what Costa Rica offers, you have your priorities screwed up.

If you are Mel Gibson rich, it has lush, vast ranches with beautiful ocean frontage.

If you are not Mel Gibson rich, it has small, comfortable mountain homes (like Sedolsoder) and a cost of living that makes it possible to live solely on income from Social Security.

If you love nature it has the tropical rain forests and monkeys and toucans… if you are a beachcomber there are miles and miles of some of the best beaches in the world. Adventure? Ziplining above the rain forest or whitewater rafting down one of seven rivers!  Just a site-seer? Many active volcanoes, coffee and cocoa and banana plantations dot the countryside. Do-gooder? Plenty of needs are being met by ex-pats.

OK, I don’t have real estate to sell you, so what’s the down side? 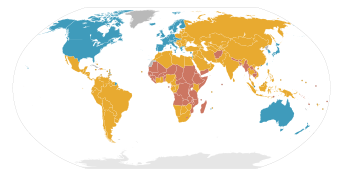 Costa Rica is what the developers call a “developing nation.”  (He said without a hint of irony.)  You and I would call it “third-world.”  But it’s not as bad as true third-world countries such as Somalia and Uzbekistan. Costa Rica is more accurately described as a “less economically developed country.” (LEDC. The orange/gold areas on the map – whatev.)

Note how most of the rest of the world lives as the Ticos do?  (Ticos and Gringos live in Costa Rica, neither is considered prejorative.)

Like many baby boomers, we decided to give up  the life in our advanced economically developed country that is going broke.

We are getting the hell out of Dodge before the blood starts flowing down the streets. We’ll take a LEDC because it’s gonna get uglier in the U.S.

America, we loved it, but we’re leaving it.