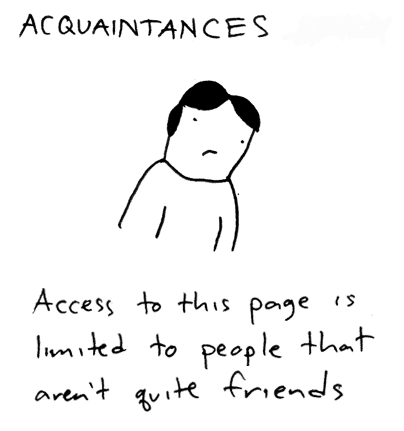 This is a scary thought.

My blog traffic may increase because acquaintances may be reading.

Chris got me started blogging. Because I was employed in a position of responsibility at a conservative company, I thought it best to not to reveal my true identity – ala Clark Kent.

Until Susan found my blog, nobody cared. I wrote hundreds of posts without a single person asking about my true identity. Susan asked and because she is a power blogger I felt I could trust, I told her my story.

At the genesis, plenty of other bloggers – mostly female – were forthcoming with their identities. Some even used their real names. And pictures! I learned about their husbands, kids, dads, menstrual cycles, P.A.H., big butts, diets, divorces, plastic bags in trees, Jesus, random weirdness and jokes about men…and way more that usually was TMI. Men usally wrote about cash, tech, Bill Gates, and turds. Men don’t write about themselves. And we sure don’t post pictures of ourselves.

I wrote stuff that I hoped was interesting and maybe a little funny to other guys my age or to women who know or are/were married to guys my age.

My family knows I blog. But most of my extended family comes from my wife’s side and they don’t know I blog. We have some friends that know I blog, but they aren’t blog readers.

It’s time to let acquaintances in on the act.

Acquaintances are those people that fall between family and friends. The folks that I chit-chat with at Kroger or in the hallway.

Now that I’m leaving my conservative employer, and I don’t have to maintain a certain decorum as part of my community personna, (oh shit, does that sentence wreak of Schwarzeneggerism!) I think its OK to let them in on the fun.

Same with Facebook. Until recently, I had more strangers as friends than acquaintances. I had read enough horror stories to know that having cow-orkers as Facebook friends could backfire.

But now, all bets are off and I hope my acquaintances will become regular readers.

Or I’ll just go back to fooling myself that my traffic is puny because I’m a Clark Kent kind of guy.