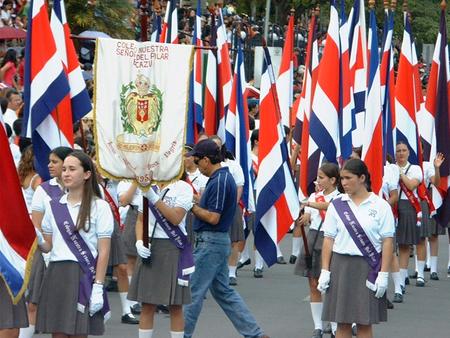 By July 4,  Independence Day in the U.S., we plan to be living in Costa Rica.

The last twelve months have been a whirlwind for Nancy and I. The punchline is: I’m am retiring, we sold our house, are selling our stuff, and we are moving to the place I bought with my partner Castro in Costa Rica to become permanent residents.

I’m not sure I can reduce the last twelve months to words.

Not having the right words never stopped me before and it won’t stop now. First, some historical perspective:

I was depressed by the recession. Recessed by the depression. Obsessed with succession. Like a lot of boomers, we didn’t save enough money during my 40s. We played a lot. Cruises, trips to the Bahamas and Mexico, multi-Disney World vacations, parties, you know the drill. Our first big trip was to Cancun was when Eastern Airlines had a Buy A Car -Get a Trip Free deal. We did. We were in our 40s and the kids were in tweens/teens. We all wanted to have fun! And we did.

We lived off credit cards. I was smug and on more than one occasion boasted “we will always have a car payment.” I loved driving a new car every 2-3 years. Even though I drove a company car that I got to trade every 3 years (until recently) I still wanted a new “fun” car to motor around in.

We were living “large.”

Then I got fired.

One daughter in college, and another headed there and we had no income. Through successful credit card flipping (the Chase Freedom Unlimited review I read looked great) and some loans from parents, and some high-interest student loans, I was able to keep the wolves from our door. After a year of being unemployed, literally on the last day of my unemployment compensation, I was offered a crappy low-base, low-commission job. But it’s easier to get a job when you already have one, so I took it. I got fired again from that job, this time by telephone! (That was fun. – I was Juan Williams before being Juan Williams was cool.)

Within a week I had a job offer in my chosen profession that restored us to the lifestyle we liked. After a few years in that job, we ended up in Bowling Green, Kentucky – a sunbelt garden spot – working for an excellent employer.

But we never recovered financially.

We weren’t broke, we paid off all our credit card debt, inherited a small sum from my parents and invested. We had a nest egg by the time we were in our 50s, but it was pretty puny compared to the Million Dollar Nest Egg all the online retirement calculators said we needed to make it possible for me to quit work. Dubya put a dagger in our dreams with his commitment to high war and low taxes on the rich.

Millions of baby-boomers had their hopes crushed by George W. Bush led policies.

So when I started GoingLikeSixty.com at the age of 59, I was sure there would never be an opportunity for me to retire. I would work until I dropped dead I told people.

And that led to our Independence Day.

One of a series about retiring and moving to Costa Rica.