One thing that our Costa Rica tour guide Tico Grande kept driving home was the mantra that he didn’t care one way or another if we moved to Costa Rica. His goal was to make sure we understood thoroughly the difference between real life in the U.S. and real life in Costa Rica.

Life has changed a lot since Tico Grande left the U.S., but he knows life in Costa Rica, and was successful at making the transition. He has multiple businesses and a Tica wife, not that makes you successful, but as he hauled us around, we felt his lectures on what it takes to live in Costa Rica were invaluable.

So how does life in Costa Rica hit you in the butt? There are a brazilian little ways… some of the more obvious…

In the US, nobody speaks Spanish. In Costa Rica they don’t either. It’s not really Spanish, but it’s closer to Spanish than English.  Sure I can order food and drink and ask directions in my Span-gibberish. But if my car blows a gasket, or if I blow a gasket, what do you think the chance are of finding somebody who will know what my problem is by listening to Span-gibberish?

I already am more sensitive to the issues of “them foreigners.”

Since there are no street addresses, there really is no mail service. Seems that most people get PO Boxes or depend on DHL to make their deliveries. There are re-mailers who collect forwarded mail in Miami and box it and ship it to your door. Local invoices for phone, gas, electric, water etc. are often delivered by men on motor-bikes. They buzz up to your gate… 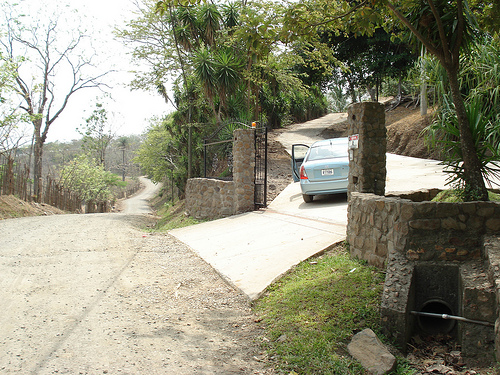 …stuff the invoice someplace and consider it delivered. Imagine a country where people are expected to take personal responsibility to know when bills are due and pay them on time. 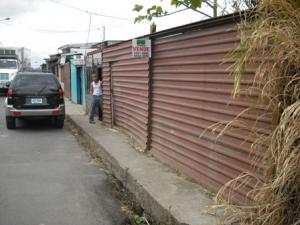 (EVERY body has a gate.)

Remove “would” “could” and “should” and all other forms of specific time references.

Such concepts as “now” and “immediately” do not exist in Costa Rica. And with all things Costa Rica, even that statement should be prefaced with “usually.”  In Costa Rica, the people live for today.  There is no

It just is an exercise in futility to try to change a culture.

Adapt or be miserable.

Think AT&T cell service is bad in the U.S.? ICE (ee-say), the monopoly phone company (competition is coming) announced that cell phone service would be disrupted for their entire service – voice, data, incoming, and outgoing. And the country continued to operate, thank you very much.

Adapt or be miserable.

ICE cell phone service distruption is just a recent example. I am convinced that every day in Costa Rica we will be faced with an adapt-or-be-miserable situation.

You get the point, these are just a few examples: life in a new land where we are the “foreigners” will be challenging.

If electricity goes out? We’ll be fine. No water for a few hours? We’ll live. Internet disconnected? I will die.

Oh yeah, death. Costa Rica law says a body has to be in the ground within 24 hours. No embalming. Often a death will occur in the morning and the body will be in the ground by mid-afternoon.

But we’re ready. Life by the pool, smelling the fragrance of our budding coffee, watching Toucans, and listening to Howler monkeys, even chopping down bamboo trees, surely will do the trick and we will adapt. How can you  be miserable in Costa Rica?

—–
Pura Vida”, used by Costa Ricans, literally translated means “Pure Life.” Contextually, it means “Full of Life” “Purified life”, “This is living!”, “Going great!” It is used as a greeting, a farewell, and to express satisfaction….
—–