We’re finding there are two types of people that we are dealing with when it comes to our move to Costa Rica. Doesn’t seem to be any middle ground.

Maybe not so surprisingly they are fitting into two demographic groups:

Guess which is more close minded? Yeah, hardly your Mensa challenge for the day, right? The more close minded are the rich retired. They have theirs and just can’t understand why we want ours.

These are the people who were self-employed and sold the business, paid off their credit cards and mortgage and are living where they choose: close to where they were raised. Their idea of a vacation home is to move to The Villages and live next to the same people they live next to now. Or… they retired with a big pension plan because their union negotiated it –  or they lived the corporate life and were banking the big bucks and are living in some gated community.

They just can’t understand why we would want to move to Costa Rica, land of eternal spring-time, low crime, low housing costs, mountains, rivers, oceans, affordable and good medical care, with a government that is stable, an economy that is strong and diversified, and live around people that are educated and actually like people from the United States.

Their comments are usually really ignorant and never said to our face… “they will be back in six months”… or …” do they know anything about where they are moving?”… or … “I sure hope they don’t believe everything they are told.” In other words, because they cannot fathom making such a life change, they close their minds to the possibility that will be plenty more people like us loving, but leaving, the United States.

The other group is the working-group (not to be confused with this breed of working group: 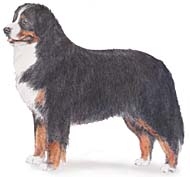 The people that are still working usually say something like: “well it’s not for me“… or… “we could never to it” … or… “I hope you are really happy” They acknowledge that even if what we are doing isn’t for them, they are open-minded enough to realize it may work for us.

This guy doesn’t offer a purely objective opinion, he is a real estate agent and tour guide… but that doesn’t mean he isn’t writing the truth.

The country enjoys a stellar international reputation. You never hear anything negative about it in the U.S. news. Costa Rica is also famous for having the longest enduring democracy in Latin America and for abolishing its army over 50 years ago. The country has other achievements like a literacy rate of 95% and universal medical care for its citizens and residents. The year-round spring-like weather in the Central Valley is a strong attraction. Low utility bills and domestic help are another plus. It really all comes down to lifestyle. It’s reflected in the national motto, pura vida, which means pure life or pure living. As an American friend of mine often says, “If you get hooked on the lifestyle here, you won’t ever want to return to the U.S. to live. Heck, they’d have to drag me back.”

Pura vida, if you are open-minded.

STFU if you fall into the other category.