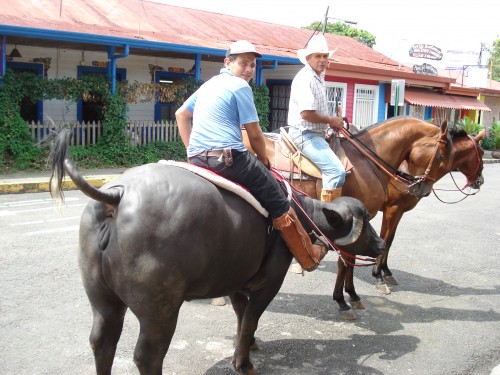 Yeah, moving to Costa Rica has had some bullsh*t moments.
Bullsh*t moment #1
Nancy arrived on June 21 and woke up the next morning to workers tearing out our coffee crop. The developer AND the caretaker told them that the coffee plants were not on our property.
Wrongo, el Costa Rica 95 breath!
She told them to stop, which they did immediately and the project manager, Patrick, a French-Canadian transplant, told her that he would have the property resurveyed at their expense to find the property lines.
In the meantime, still in the U.S., I contacted our CR attorney Pablo, to get him in on the Great Costa Rica 95 Coffee Destruction Act of July 2011.
A couple days later, the topographer showed up to establish the property lines (again) and sho nuff, we was right, Bubba!
Patrick said he would do whatever we wanted to fix his error. Since I was close to moving, we told him to sit tight and we would decide once we met face-to-face.
We want the coffee replaced we decided. We enjoyed talking about our coffee crop and we will enjoy watching it grow and be harvested. We lost a year’s crop, but tranquilo! It wasn’t our money anyway – the caretaker Edgar got the profits. Now he will have a terraced hillside of Costa Rica 95 that will be giving him a new crop at this time next year.
Bullsh*t moment #2
We are paying for our neighbor’s water and electricity! The former owner of our house gave permission for a friend of a friend to build and tap into his water and electric. We didn’t give him permisson.” Somebody” forgot to disconnect his unlived-in house from our meters.
“Somebody” thought we wouldn’t mind paying the electricty and water for a vacant house.
Wrongo, el Edison-Costeau breath.
Pura vida! No problemo. Everybody assures us the electric and water will be disconnected and we will be reimbursed. Dang right there Chester, sho nuff, we was right again.
Bullsh*t moment #3
Today we came home to no water, zippo, nada, el dryo, Lawrence of Arabia breath. I looked for Patrick AGAIN, but he was not around. I told Edgar, the caretaker, “Mi casa, no agua no.” (Edgar no habla engles.) He smiled and said “Mi reparar” as he gestured that somehow the line had come apart right where they were working!
“Cinco minutos… cinco minutos.”
It was less than that because by the time I had walked the 25 meters to mi casa, the agua was reparer.
Bullsh*t moment #4
ICE (ee-say) is the government owned phone company that provides the bulk of the phone and internet services. A couple months ago, they made a big deal about offering the iPhone 4 with web access. So we figured Nancy would jailbreak her iPhone and we would grab a SIM card from ICE and be on the web – at least with her phone.
El-wrongo Al Gore breath. Since March they have decided that new customers can only get voice and text on phones for a prepaid service. They are not offering any new customers internet access for a prepaid plan. Those of us who just moved here need to be a customer of ICE for six months before they will add it to a phone.
Option dos is to get internet access at the house via the landline and DSL – again through ICE.
We can’t get internet because:

Our real estate agent Olga, lets us use her connection. It just breaks my heart to HAVE to go see Olga – as often as possible! She is a techie too! Mac woman to the core: Mac laptop, iPhone, iPad. 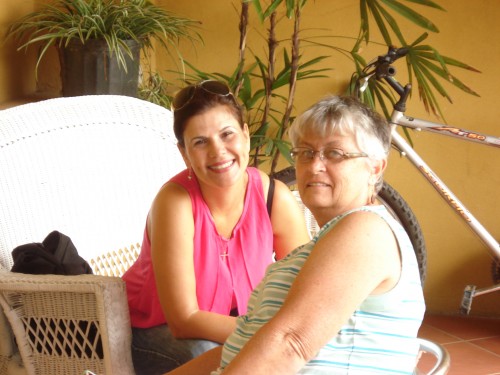 We will meet today with Bud who will get us internet from another provider. He used to be in the business of installing cell/internet towers and has some good connections. Har.
Our life has not be a bowl of mangos despite all my previous gushing.
Our life before had it’s ups and downs.
But Pura Vida! Life is full of Bullsh*t moments and Costa Rica is the same. It’s just that the Bullsh*t moments here might involve access to your water or electricty or internet – or more accurately, lack of access.
So how do we handle the Costa Rica Bullsh*t? We eat it for dinner! 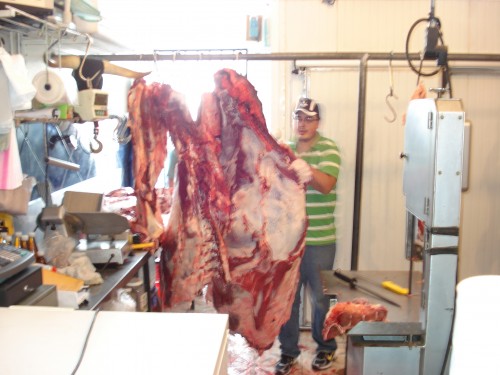