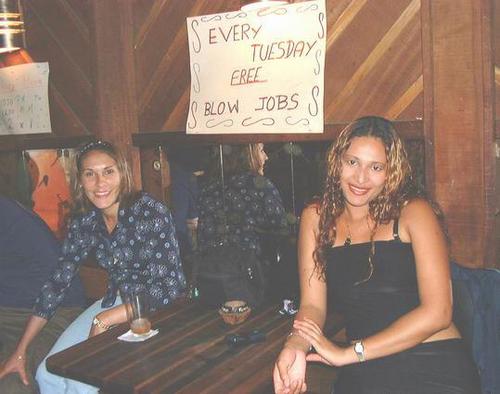 Blow jobs are legal in Costa Rica. I discovered not only are they legal, they are easy to come by.

Especially when you are cooking with gas.

Proving once again that highly intelligent humans do dumb things, I almost ass-ploded our gas oven.

Nancy was making some taco dealy meal that needed to bake in the oven. When she got ready to put the dish in the oven she discovered that it had not pre-heated. I don’t know how your gas stove works but ours doesn’t have an “always-on” pilot light. It has one of those snappy mini lightening bolts to ignite the flame.

Word: Before attempting to relight the oven always ask, How long ago did you THINK you had lighted the oven?

I re-tried the little snappy thing a couple times and no whoosh of the oven lighting. I tried a burner to make sure we had propane and it lit just fine.

Wait, you’re getting ahead of me, right?

Yep, with trusty Bic in hand, I told Nancy to step to the side while I held the flicked Bic near the burner.

Yeah, big whoosh. And lots o’ flames. It was a big blow job.

But it only lasted a second.

But in that second, I covered six feet straight back knocking over a bar stool making a big ruckus. The dogs never moved or said a word.

With the oven lighted and the taco dish in place, I got a nice hug and expression of “good-lord, I’m glad you’re still here” from Nancy. I brushed off the singed hair from my arm and leg. A couple of fingers were slightly scorched, but some ice knocked that down pretty quickly. (The ice was in a tall glass of bourbon.)