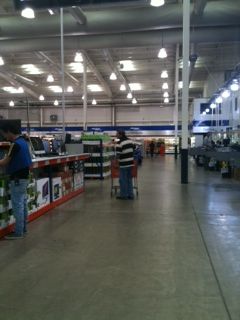 Yesterday was a frustrating day. Because it was Costa Rica Independence Day – a legal holiday – everybody was using their phones.
Consequently, the country-wide wireless network was jammed.

Nancy really wanted to talk to a friend back in the U.S. via Skype, the internet phone.

It was hopeless. It’s always hopeless at our house because of Our Crappy Internet (OCI). We drove into Atenas and sat outside the phone company office – where normally Nancy can get a “good enough” signal to make a phone call via Skype.

It was hopeless. She could hear them just perfectly… but they couldn’t hear her.

“I knew I would give up seeing my friends” she said, “but I didn’t know I would have to give up talking to them too.” For her to not be able to pick up the phone on a whim and chat is tough. It – by far – has been the toughest adjustment.

But today was much better. We trucked into Atenas for dinner at our favorite, Antano’s, where they have wi-fi. She made a call and the connection was just like in the U.S. She had a great conversation with Sally and her spirits were lifted.

She called Velma, who is a latina. Velma was out – at Cow Days we think – and left this message:

Hi Senorita Velma, this is Senora Nancy calling. I will call you again, mañana or dos mañanas. Adios.

We cracked up over “mañana or dos mañanas…” of course, she was trying to say tomorrow or the next day. I suggested she say “mañana or Domingo” (Sunday) since tomorrow is Sabado. (Saturday)

Nancy tried again later with no luck, so Nancy left this message…

Hi Senorita Velma, this is Senora Nancy again, I guess you must have gone to Cow Days, I will call you again mañana or Sabado.

We cracked up again because she basically left a message saying… I will talk to you Saturday or Saturday.

We were the only customers so when it came time to pay, I said to the cashier that I didn’t want to see the numbers in the amount. (Locals usually say the numbers and show them to Gringos.) I said I need to learn them. The cashier didn’t “get” what I meant, so our waiter, Troy, explained (jn Spanish) that we wanted to hear the numbers in Spanish and learn.

Now what the hell is cincuenta??? I always get confused with sixes and sevens, sies and siete… so when I hear the “s” sound, I immediately start to struggle.
Sink-qwen-ta. She said.
By this time the cook and another waiter had joined the rest of us.
Sink-qwen-ta, I repeated.
I wrote down 7,765.
Wrongo, el hongo breath!
Nancy said FIFTY! It’s Fifty!
As in Cinco… friggin’ Cinco. As in Cinco de Mayo!
Sinko… Sink-qwen-ta.
I quickly changed the number to 7, 755 and everyone laughed. Not laughing AT us, but laughing as in “by Jorge, he’s got it!”
Then to put some icing on a really nice  fun evening, as we left the local supermarket, the cashier said “Thank You” in very good english.  Waiters and a cook at a restaurant, a supermarket clerk… just taking a little extra time to be friendly to some foreigners who don’t speak the language.
It’s days like these that over-shadow OCI.