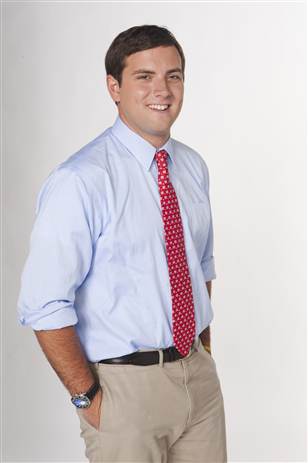 Luke Russert is profiled in the Buffalo News. Not the kind of eastern elite media coverage the son of Dead Tim Russert must lust for.

The young reporter with the familiar Irish eyes wouldn’t let Rep. Anthony Weiner get away with it. “The picture that went over Twitter to Genette Cordova — is that you?,” he asked, politely.

“Well, let’s keep in mind what happened here,” the Queens congressman replied, all feigned sincerity. “I was pranked, I was hacked, I was punked, whatever it was, someone sent out a picture. I’m an easy name to make fun of and I think that’s what happened.”

The son of legend Tim Russert was proving that he had earned his right to ask the tough questions regarding what was bothering Americans — Weiner’s weiner — because of his father’s career.

I was thrilled to be part of the crowd that crowed about Luke Russert’s lack of skill and training to work for NBC News.

Hired by NBC in 2008, only months after his college graduation and not long after his father collapsed and died of a heart attack, Russert endured a scathing Internet hazing.

is the way the Buffalo News put it.

Internet hazing? C’mon, even Luke Russert’s hometown newspaper shouldn’t be so one-sided. Who in their right mind thought Luke Russert was qualified to work for NBC? Except for the fact that his dad worked for them and then died.

And he needs to eat a donut.

Here is the Luke Russert we all know and love. The fat frat boy… 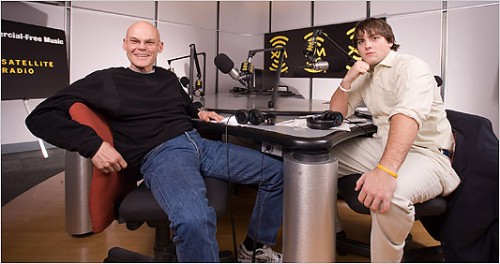 Next up for Luck Russert: a Subway deal where he becomes the new Jared.

And many evenings, Russert can be found doing something else his father would never do: running in Washington’s Rock Creek Park. He has shed 25 pounds in recent years, and his cheeks are no longer chubby.

“Seeing my dad always being bigger, that’s the direct reason he passed away,” Russert said. “It’s really motivated me to stay as healthy as possible.”

Once he has the Subway deal nailed, the next logical step is replacing Brian Williams, and then on to Meet the Press.