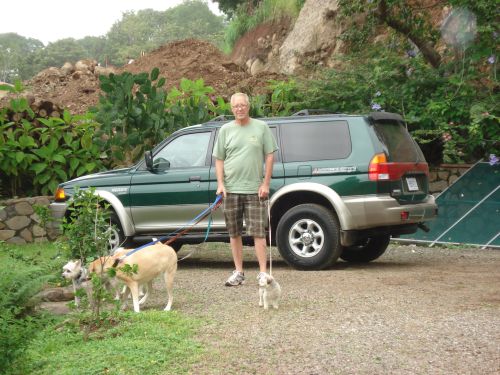 We way overpaid for a beater to drive around Costa Rica.

Turns out the price was just the beginning. The car has had overheating problems from the first week I bought it.

I took the car back to get a new thermostat installed (free – under “warranty.”) This help for a few weeks and then the overheating began again. The coolant was leaving the car for parts unknown by a path unknown. Eventually I realized that topping off the radiator every 2-3 days with coolant was not cost efficient.

Before we had visitors our running around was just to Atenas and back home – about 8 miles total. Not ever enough to get the car overheated. Then our visitors arrived and we made a little sight-seeing run.

As we were returning from our destination, the heat gauge began to rise. Never got to full hot – but close enough I was sweating it. The first mechanic said it was a blown head gasket. Not willing to take the first opinion, I got a second.

He said the car had the wrong radiator! 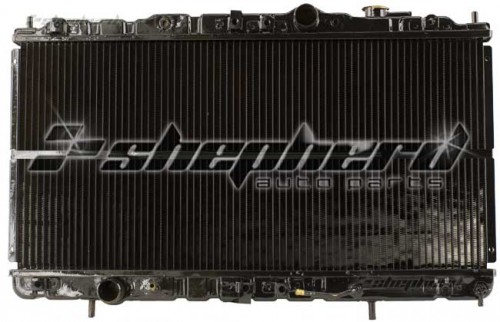 Radiator for a 4 Cylinder Montero 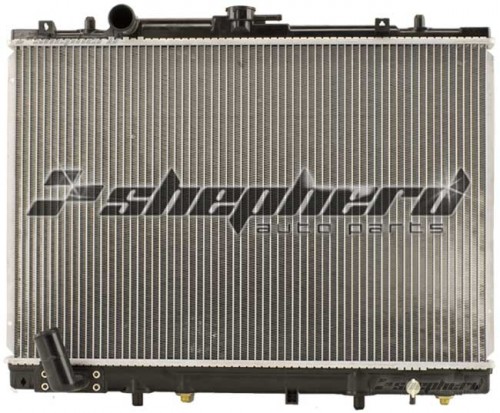 See the difference? Yes, it was that obvious when I saw the rebuilt radiator. The radiator that was in the car was woefully short of cooling capacity. Downhill on a cool day wasn’t a big deal. Uphill on a hot day was a different matter.

The first mechanic suggested that I could probably drive for quite a while if I just kept filling the radiator every 2-3 days and carried some extra water in a jug.

Nah. My luck, it would overheat when we were 50 miles from home with a car full of dogs. You ever smell a sweaty dog?

400,000 Colones later, I have a rebuilt radiator for a 6 cylinder car, a new fan belt, a new tensor, and some fluids.

That’s the price you pay for piece of mind. Now I can send Nancy on the road when her friends come to visit and feel fairly comfortable the car won’t overheat.

I wonder how long it would have been before I blew up the car if I was just using water every 2-3 days.

Keep your fingers crossed that I can drive this Effin’ car for a bunch more miles before I have to replace something else that shouldn’t need replacing.