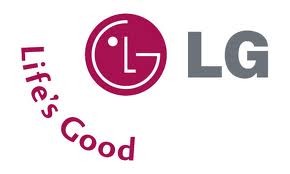 We have been shopping for a new fridge. The one we have (came with the house) is a small “apartment size” fridge.  We didn’t move our humongous french door refrigerator because there is NO WAY it would have fit.

The fridge is built-in between an outside wall and the kitchen counter – made of concrete with ceramic tile. No way to make more room without it being a major project – and we are THRU with major renovation projects. (I’ll eat those words later, I bet.)

I have measure, remeasured, and remeasured and researched extensively to make sure the refrigerator we buy will fit the hole we have.

There is a lot – a LOT – of whining about the cost of goods in Costa Rica. Conventional wisdom says everything is so much more expensive here than the U.S. because of the high duties Costa Rica puts on imports.

The U.S. adds duties to goods imported to the U.S.! Nobody knows or notices or cares.

How do I know?

Because LG and Samsung have been slammed with tariffs because they are “dumping” refrigerators on the U.S. market.

The news this week is that Whirlpool is leaving the U.S. and putting a more than a thousand people out of work.

LG Electronics Inc. and Samsung Electronics Co. dumped refrigerators at low cost, the U.S. Commerce Department said in a case brought by Whirlpool Corp. The agency set duties of as much as 36.65 percent.

Samsung of Suwon, South Korea, faces a tariff 36.65 percent for refrigerators produced in Mexico and 32.2 percent for those from South Korea based on the preliminary findings, the department said today in a statement. LG Electronics will pay 16.44 percent for products made in Mexico and 4.09 percent on South Korea units. Dumping refers to selling a product at a discount in a foreign market.

LG Electronics of Seoul said today in a statement that it strongly disagrees with the findings and believes they will be reversed when the Commerce Department makes its final determination. Samsung said its disagreed with the U.S. finding and said it was confident it will be found “in compliance” with trade laws, according to a company statement today.

If you are living in the U.S. and are refrigerator shopping you might want to jump on the January Clearance Sales because with tariffs like what the Commerce Department wants, the costs of keeping your beer cold is gonna go up significantly.

Whirlpool left Evansville, Indiana a few years ago and headed to Mexico because of NAFTA. The plant is still empty today. Now Mexican Whirlpool fridge builders are being hurt by Korean fridge builders.

Get use to it: We live in the Global Economy. The U.S. won’t be the leader in any hard goods manufacturing again.

Watch the video to see what Whirlpool did to Evansville and then tell me you feel sorry for them.