Despite what his email said in a direct message to me personally this afternoon,  I’ll gar-an-damn-tee ya, Oragun Senator Jeff Merkley is NEVER coming to a town near me. Even if I lived in the good old US of A, Senator Jeff Merkley lies:  He would never have a town hall meetin’ near me.

1. I would never go to Oregon… although Portlandia seems like it would be cool to explore. If it wasn’t a lie!

2. Jeff Merkley would never come to Costa Rica for a town hall meeting. But he might come here as a special envoy…

Nevah. Boy, I say… nevah! will he have a town hall meeting near me… 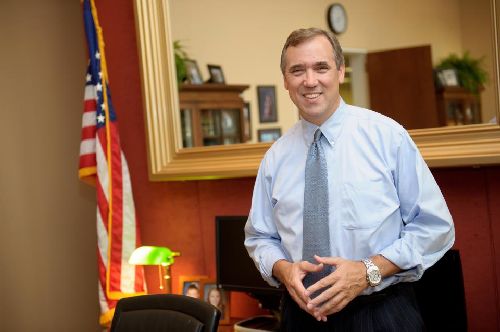 Coming to a Town Near You

Happy New Year! In 2012, Senator Jeff Merkley is continuing his commitment to hold a town hall in every county of Oregon each year. Next week, Jeff is kicking off his first town halls of the year, visiting Benton, Clackamas, Clatsop, Columbia, Lincoln, Linn, Tillamook and Washington Counties. Jeff is looking forward to hearing directly from Oregonians about their thoughts and concerns on issues facing Oregon and the country. Hope to see you all there.

By the way, particularly revealing is the lack of mention on his home page about which political party he is affiliated with.  (Now there is the perfect convoluted sentence for which bloggers are well knowed.)