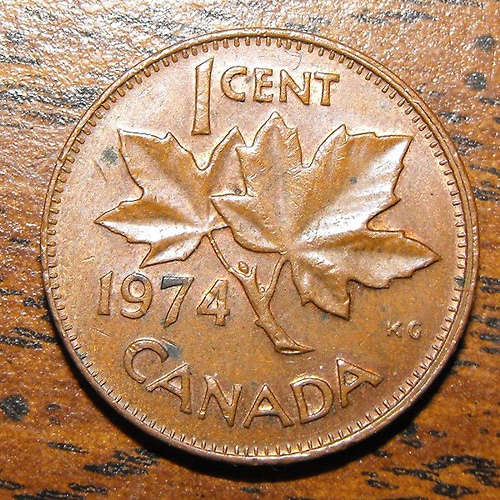 It was the prudent thing to do, so the head Canadian penny-pincher decided that ditching the penny would begin this fall. The Canadian gummit will no longer produce pennies.

The Finance Minister encouraged Canadians to donate their pennies to charity.

It won’t be easy, but it’s done in other countries. The U.S. should watch and learn.

In line with a 2010 Senate report, the government will stop making pennies this fall and ask Canadian businesses and consumers to simply round up (or down) to the nearest five cents at the cash register.

But if you pay with plastic you can avoid the rounding and pay to the exact penny.

The government expects the initiative will save tax dollars, because Canadians currently lose money on every new penny produced by the Royal Canadian Mint — to the tune of $11 million per year.

The Canadian nickel is next up to be eliminated one of the lawmakers claimed.

NDP MP Pat Martin, who said he has tabled four private members bills since 2005 aimed at getting rid of the “nuisance coin,” said it costs 1.5 cents to manufacture each penny.

“Making cents hasn’t made sense for a long time,” said the parliamentarian, who said his next crusade will be against the nickel.

Australia removed its one- and two-cent coins from circulation in 1992, the United Kingdom pitched the half-penny in 1984, and after getting rid of its one-agora coin in 1991, Israel followed suit in 2008 with the five-agorot coin.

Did you know that the U.S. Military already has eliminated the penny? Yeppers, all prices are rounded to the nearest nickel…

Here’s the case for dropping the penny in the U.S.


Makes cents to me.