We are residents of Costa Rica, but citizens of the United States. Some people think we have given up our citizenship and abandoned the U.S.

There is a discussion on the Costa Rica Living group about those of us who choose to live in Costa Rica abandoning the United States in its time of need.

My home is the United States.I have a business there and a couple of houses and life there has
treated me well, allowing me to come here when I get the urge to relax and play.

What prompted me to ask these questions is after hearing from a number of people
about how terrible things are in the US and that you are escaping these horrible
conditions, I also remember a comment by President Kennedy, Ask not what your
country can do for you but what you can do for your country.

Do any of you feel like you have abandoned your homeland?

(You can read the thread here – requires a Yahoo Login and joining the group. Not really worth it, so you’ll have to trust that I’m not taking this yahoo out of context.)

The yahoo then rails about how the poor and the downtrodden in the U.S. deserve my support and questions if I ever feel like a traitor.

As another poster puts it…

Simple for me my friend. I am not leaving “my” country, it left me.

Mitch McConnell, the senator from the state in which I used to reside has declared that any measure that comes to the senate has to be able to withstand a filibuster. This means it now takes 60 votes to pass a bill rather than a simple majority!

For example… a bill was labeled “defeated” even though a majority of senators voted “aye.” 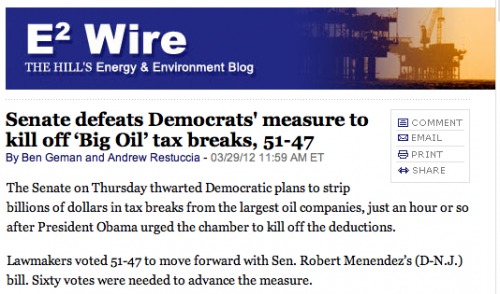 …Then, starting five years ago, Sen. Mitch McConnell’s Republican minority accelerated a preexisting trend and ramped up filibuster threats to historically unprecedented levels. … Since essentially every bill or nomination is now subject to a filibuster threat, a change of norms has de facto become a change of rules. And — as I’ve mentioned a mere four or five million times to date — the Constitution has been so thoroughly de facto amended that a sitting Supreme Court justice can say that it “takes” 60 votes to get Senate business done…

So thanks to Mitch McConnell the simple majority rules is kaput.

Lehman Brothers and all the bankers also made it easy for me to leave the United States. I wanted to retire, but because of the bank bailout and all the fiscal fiascoes related my retirement savings collapsed along with the rest of the economy. I could have continued to “coast” at my job probably for a lot more years, but I simply could not afford to retire in the United States. There are a lot of reasons under my control that were at work too, but the recession was a big culprit.

The rich guy (Cash) on the Yahoo Groups tries to lay more guilt on us expats living elsewhere while bragging:

My home is the United States. I have a business there and a couple of houses and life there has treated e well, allowing me to come here when I get the urge to relax and play.

Sounds like a 1% er to me! Owns a business and multiple houses and takes exotic vacations, but chastises me for wanting just a taste of the same lifestyle!

Hey Cash… how about you pay more in taxes or just give a cash donation to the gummit to help out?

He questions why expats volunteer outside the U.S.

I’m talking about people whose families go back generations in the US and they are still drastically poor, uneducated, unemployed, and are struggling to survive. Why does a foreign country merit your efforts more than your own country?

What a jerk! Where a volunteer spends their time and to what end is a totally personal decision.  Its not a zero sum game: people that volunteer in Costa Rica probably volunteered in the U.S. also at one time or another.

Remember too: Lobbys R Us is in charge of the United States Congress. Big money lobbyists determine who gets elected.

The SCOTUS has usurped Congress when it comes to making laws and taken the power of the people to elect a president. (Al Gore won the popular vote, remember that?)