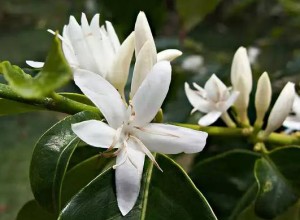 We have a new driveway. It’s not fancy, just some gravel thrown down with concrete on top and some curbs to keep the October rain from floating our house to the river.

But it was free.

We had to trade some coffee for the driveway. I’m not thrilled about the deal, but under the circumstances it was the best deal I could make.

But a lot of the plants were torn out at the hands of Patrick the Destroyer of Coffee.

It takes about 3-4 years for a coffee plant to mature and bear fruit. Even though the Destroyer of Coffee offered to replace the plants, we were conflicted.  I don’t want to take care of the coffee, but it is very cool to brag about. The Destroyer of Coffee tore out the plants because he wanted to “make a garden” with fruit trees and flowers because our land is at the entrance to the development. It would make for better curb appeal. (OMG that is sooooooooo funny beyond belief. But you have to be here to get it.)

Ya see, it didn’t happen. So the Destroyer of Coffee was replaced by Danielle, (a guy) who lives a few months out of the year up the hill and in Canada has a successful landscape contracting business.

Danielle was not happy that the Destroyer of Coffee acted. But he also is in charge of making the street that runs behind our house. He is the Builder of Streets.  Destroyer, meet Builder.

Builder of Streets has done a fine job and we now have behind us a street made of paving stones with curb and fantastic drains. The Builder of Streets also gave us a new driveway. He originally was going to charge us $160 which I was ready to pay, but he felt so bad about the world of the Destroyer of Coffee that he said the driveway would be free — and the garden will be planted soon.

With fruit trees and flowers.

Which is what they wanted in the first place.

PS: I wish they would have just bought the lot where the coffee was at a highly inflated price.