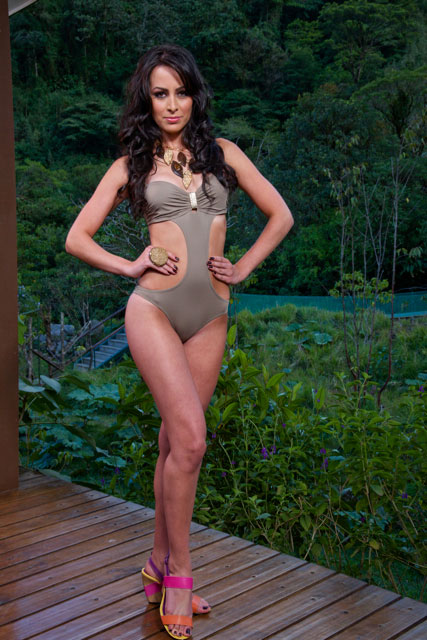 Dinner last night ended up on a high note.

We tried a new place El Mirador and because they had outside seating with a great view of the twinkling lights and stars, we sat there.

Little did us guys know that inside on the BATV (Big Ass Tee Vee) the Miss Costa Rica pageant was being televised.

We were in the car getting ready to leave and Tom said he wanted to mark the restaurant on his GPS so he could find it again. Mirador in spanish means lookout or observatory or something like that. So the restaurant had all glass walls. Tom had stopped the car where I had a great view of the television and the pageant.

I didn’t mind waiting and told him so.

As I watched intently to see if I could catch the talent contest, the young women (This year’s Miss Costa Rica pageant was notable for having three practicing professionals among the ten finalists, two architects and one psychologist) were parading around in bikinis.

I have to hand it to the camera operators. There is no political correctness with them. First shot was head and shoulders. Second shot was a full body pan from toes to head. Third camera shot was thighs to navel. 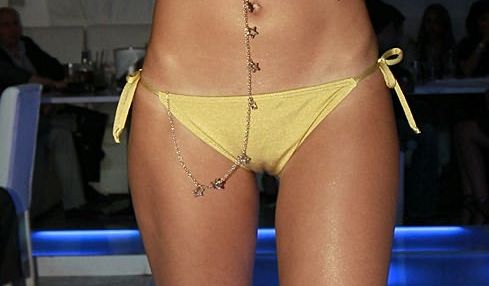 Except the bikini bottoms were much more colorful. I searched Google for hours and hours to bring you an accurate version, even hoping to find the exact bikini Nazareth wore in the competition, but I was unsuccessful. I will keep trying however and if successful I will update the above photo.

The last shot was a close up of the face.

She has a pretty face.

I will be rooting for Nazareth in the Miss Universe Pageant. Hopefully she won’t get beaten by the guy.