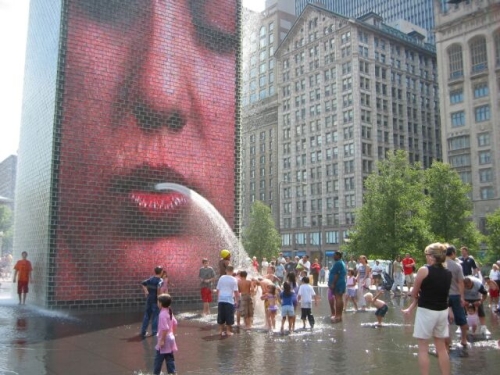 Indiana unceremoniously “retired” one of the few statesmen left in the U.S. Senate, Richard Lugar, when they decided that the Tea Party candidate had a better chance of retaining the office against the dems in the election.

Lugar had served 36 years in the Senate and was highly regarded by Washington pundits as a sensible compromiser and political centrist especially when it came to matters of foreign policy.

But the dopes in Indiana decided that what Washington needs is MORE partisanship and less compromise. So they threw out Lugar by a huge 20 point margin.

Lugar wasn’t my favorite Senator for sure. He did some bone-headed things – the kind of things a candidate does when s/he becomes complacent – ie: Lugar no longer kept his main residence in Indiana!

The senator and his wife live in suburban Washington, having sold their house in Indiana years ago.

That became an issue when election officials ruled him ineligible to vote in his former home district. The Marion County election board voted that he no longer meets the residency requirements needed to vote in the county.

Those of us who would wish that Mitch McConnell would become as complacent and therefore vulnerable to a primary challenge at first might seem heartened by the Lugar loss.

But we quickly realize that Lugar’s loss only adds power to the already Mighty Mitch McConnell, whose stated goal as leader of the Senate is to insure the defeat of Barack Obama in the upcoming election.

McConnell was instrumental in changing the Senate rules to eliminate “majority-rules” when making laws. McConnell has the power and the backing to call for a “super majority” of 60 votes in the Senate before any bill becomes law, otherwise McConnell will rally a filibuster.

McConnell is woefully out of touch with the common Kentuckians that keep re-electing him. Imagine, the tenth richest Senator in the United States represents Kentucky one of the poorest states in the union.

But with Lugar gone, the voice of moderation and reason and compromise in the Senate, McConnell can now command Lugar’s followers to get back in line behind him.

All the political chits that Lugar collected over the 36 years he served disappeared overnight, and McConnell will be there to reward his new Senate backers by doling out power and PAC money.