The Savvy Boomer and I have savaged blogs and websites that target Baby Boomers. Many of the sites mentioned in his 2009 post have gone belly-up. Rightfully so.

Here’s another site targeting boomers, NextAvenue.Org. It’s not much different that the others, but since it’s PBS, I’m giving it a longer shelf life before I call it stupid and misguided.

NextAvenue.org launched in 2010, which is normally long enough to fail.

Their Next Avenue project, based at Twin Cities Public Television, aims at Boomers, the big generation now between the ages of 45 and 65, with its biggest numbers toward the younger end.

In contrast, 60 percent of PBS’s audience is over 60, Diaz says, though it has many Boomer viewers.

“We’re not reaching them, and we’re not engaging them now,” says Diaz. Boomers — “that’s an NPR audience,” she adds.

She also uses a word heard more often in public radio: Next Avenue will “superserve” its audience.

Oh good lord, they are going to superserve us.

Take a look at their site, then take a look at any other site that is targeting boomers… here’s what you’ll find:

No seriously, these are topics that boomers care about… but it’s not what boomers talk about. It’s not what we do when we chit-chat amongst ourselves or what we read when we surf the web or what we watch on television or listen to on the radio… no seriously, it’s not.
They had a grand plan to be different. Didn’t work out that way so far.

Next Avenue will engage, inspire and inform the more than 100 million people who are transitioning into what many see as a new life stage in human development – a stage between young adulthood and “old old.”  This web site is tailored to engage the 50+ population and help them plan for these “bonus years” as the most comprehensive, accessible, intelligent, and thought-provoking daily stop for this growing audience.

Yeah, we are “transitioning”.  A whole lump of population aged 45-65 is “transitioning.”
One of the reasons that the president of NextAvenue.Org is sure she is on the right track is because she chatted up her 83 year old father about the site. I’m sure this wasn’t the entire extent of her focus group, but it’s the one she chose to quote.
Guess what? He loved the work his daughter did.

I sat down with my 83-year-old father showing him the site, reading articles and watching video (from long-term care to quilts using tea bags!). He said, “This is really going to help a lot of people.”

Well, duh. Know a dad who would tell his daughter that her idea was misguided and that she had spent the past few years developing something ordinary?

Dads don’t do that.

Plus: he is a whole generation removed from boomers. 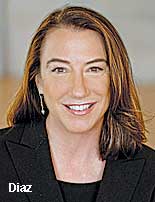 Vice President and Editorial Director, Next Avenue
Look at this face. Same questions. 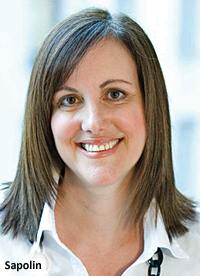 These are the faces that will developing content to appeal to baby boomers?

NextAvenue.org has two things going for it:

“We Have Technical Difficulties, Please Stand By.”

And we did stand by.

I think NextAvenue.org deserves the same consideration. I’ll wait until they ask me before I impart my wisdom on how they can superserve baby boomers.

It will be worth the wait. I promise.