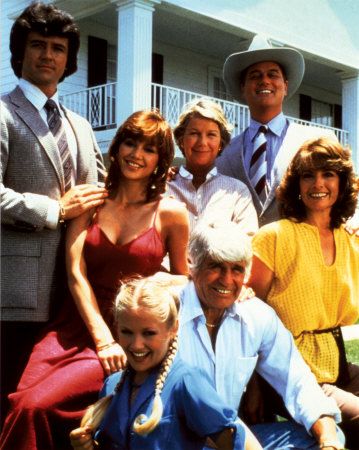 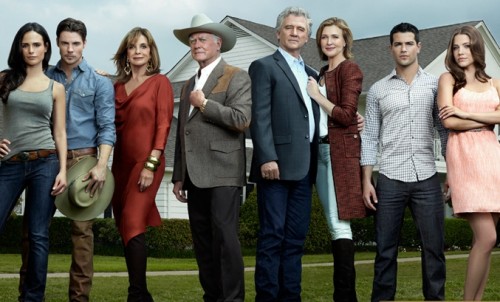 In a blinding stroke of television brilliance, TNT has just discovered the blockbuster series “Dallas” which first aired thirty-four friggin’ years ago… 1978!

Who shot J.R. was a brilliant stroke of television programming. Best cliff hanger ever. But forget that.

Even more mind boggling than this total lack of originality, TNT has cast some of the original actors in prime roles: mainly J.R. will be played by Larry Hagman who is approaching his centennial birth year and Patrick Duffy, who is best know as Bobby Ewing, is back playing Bobby Ewing. And fully botoxed Linda Fifty-Shades-of-Gray will be back as Mrs. J.R. Ewing.

Can it be any less creative?

Resurrect the characters if you must, but how about a little thought into the casting.

Herewith is my Recasting Dallas lineup:

Bobby Ewing – Charles Barkley, I just re-watched The Blind Side and Michael fit right in with the Ole Miss gang, so why not Charles in Dallas? Didn’t he play for the Houston Rockets? Houston/Dallas: same thing. Not hard to believe that Miss Ellie messed around with the houseboy creating a black Bobby Ewing.

Miss Ellie – Neil Patrick Harris, because the character is a sweet old lady and so is Neil in real life.

Sue Ellen Ewing – Sofia Vergara, it’s only right that a Dallas dude like J.R. would hook up with a latina bombshell, correcto?

Pam Ewing – Jennifer Love Hewitt, tiny little Jennifer packs a wallop and with Sir Charles (Bobby Ewing) she could be a pixie sitting on his shoulder chastising him when he does wrong. That’s about the extent of her character development AMIRIGHT?

Jock Ewing – Dan Rather. Is there a more Texas Texan dude than Dan Rather? And he is wicked in real life too I read on the internet.

Lucy Ewing – Scarlett Johannsen. Yeah, more eye-candy. Can she even act? Could Charlene Tilton who originally played Lucy? We didn’t care then, and we don’t care now.

Ray Krebbs – Richard Dawson was my first choice but he up and  died on me. What a coup that would have been if they had casted him, filmed the episodes and just before the re-launch he dies. Whatta a trooper. So I’m going with David Caruso – and he has a signature pun line every episode just like CSI Miami: eg: he looses big on a horse race in the Big D Casino and Strip Club, close up…  of him with a stripper behind him boobs on each ear…I ain’t broke, I’m just busted.