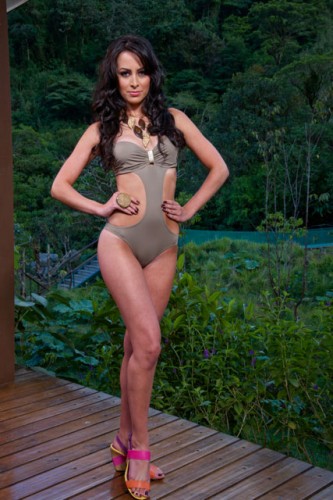 NAZARETH CASCANTE Miss Costa Rica 2012. Not to be discussed at the Dull Men’s Club.

Can a guy living in Costa Rica get accepted into the Dull Men’s Club?

I’m pretty sure a ROMEO group would do OK here (Retired Old Men Eating Out) most of the guys I hang around with already belong to ROMEO because Nancy prefers to eat out and she has great influence among other women who are married to old men. Ergo: Nancy wants to eat out, she calls another wife who doesn’t want to cook and esta bueno! Retired Old Men Eating Out because the women made us.

From the description of the Dull Men’s Club, I could be a contributor:

Members tackle delightfully irreverent (just don’t call them mundane!) topics with gusto — from park benches to an animated debate on how to hang a roll of toilet paper (the latter resulted in a hung jury). In an era of accelerated pace and change, the clubs allows members to revel in the mildly fascinating minutia of everyday life among friends, similar to Seinfeld‘s approach years ago.

Dull Men’s Club has a list of topics. Herewith are my ideas up for discussion at the next meeting of the Atenas Chapter of the Dull Men’s Club…

Of course dull is in the eye of the beholder. But that’s a pretty good boring list.

UPDATE: Dull is not boring… from their blog.

…A boring man is a dull man — just one who doesn’t know when to shut up.

Boring men go on and on. Boring men believe that they are interesting.

Dull men accept their dullness. Dull men tend to be introverts whereas a boring man is an extroverted dull man.