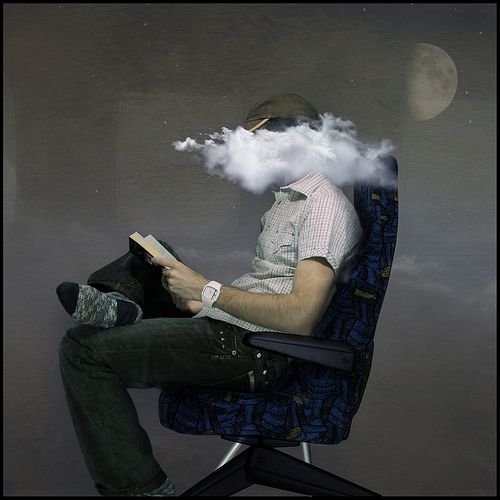 Back in the old country, I used to tell the kids that fog was a cloud on the ground. Which is kinda true, it’s water suspended in the air, but now that we live high enough where clouds REALLY are, it’s different.

Fog usually comes from the ground up.  Created by the difference between air temp and ground temp. And if a breeze comes up, the fog goes away. Dissapates.

We’re at 2400 feet, so a cloud moved through at our level . Not uncommon. But at one point, the cloud stopped. There was no breeze to keep it moving. Our bedroom is about 20 feet long. As I sat at one end of the room looking toward the window at the other end… the cloud was in the room.

It was cloudy in the house.

After a very short period, the breeze came up again and the cloud moved along. But it could be replaced by another very shortly.

I’ve had my head in the clouds.

Now I can say both are true literally.

Update: Here’s an idea of how it looks IRL. If you click on the picture and view the larger image, you can tell that these clouds are actually on the ground across the valley from us. 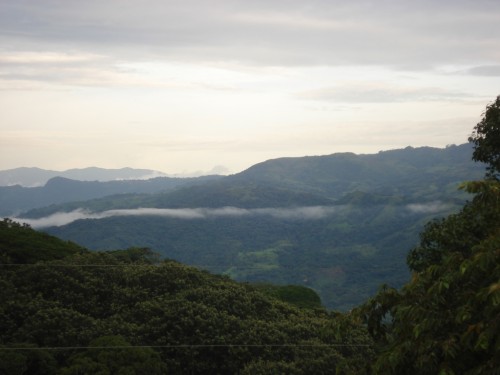