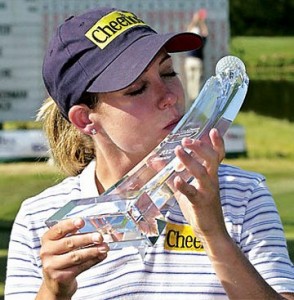 Augusta National wanted to change. Even though Hootie said it wouldn’t come at the point of a bayonet, change finally came.  Not on his watch, for sure, but change came.

Condi Rice and Darla Moore were tapped to join the ultimate boy’s club.

If Augusta National wanted change, they should have gone all out. Instead, by nominating (they haven’t been voted in yet) Condoleeza Rice and Darla Moore they got two people who don’t bring much change to the looks of the membership.

First, Condi Rice is actually a man. So there’s that. And she is a Republican, there’s that, and she is black like most of the caddies so there is that. (Being African-american used to be a requirement to be a caddy at Augusta National.) 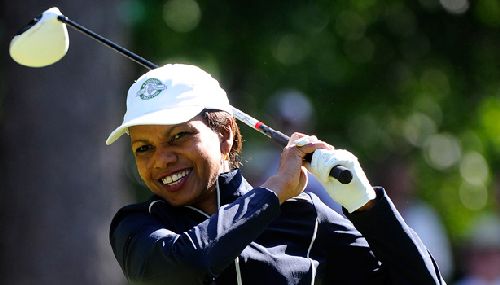 So that leaves Darla Moore to carry the banner of change for August National.

Anybody else see the resemblance between here and Sandra Bullock as Leigh Anne Tuohy the strong white southern Republican woman portrayed in The Blind Side? 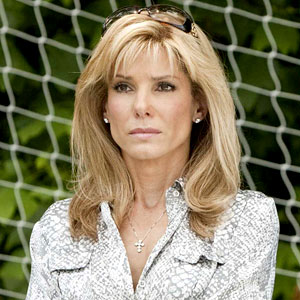 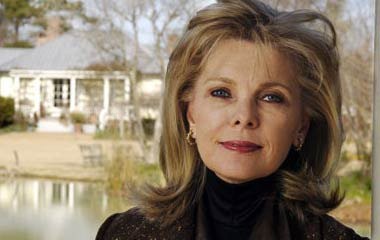 Both Leigh Ann Touhy and Darla Moore are married to rich Republicans and they got their position of power through marriage.

Not much change for Augusta National there.

So why nominate Phyllis Diller and Marg Helgenberger?

PHYLLIS DILLER: Fang, I got to tell you something else. The other night he was reading the obituaries and he said, isn’t it just amazing how people die in alphabetical order.

DILLER: One of the kids asked him to spell Mississippi. He said the river or the state?

DILLER: I asked him to lower the thermostat. He put it six inches above the floor.

DILLER: He thinks a Royal flush is the john at Buckingham Palace.

DILLER: I told him we leak in gas pipe. He put a pan under it.

DILLER: Somebody wanted him to be a Jehovah’s Witness. He said I didn’t even say the answer.

DILLER: And now he’s become paranoid and I know exactly how it happened. He went to the mall, went up to the map and the map said you are here. He wants to know how they knew.

And there is this… she could turn Augusta National into Caddy Shack!

Diller just died, so that would have taken care of that. Announcement from Augusta National: We nominated Phyllis Diller, but she died so her spot will be filled by the next potential member who happens to be Mr. Phaat Katt. “We had two women once, but one died before she paid her dues” it would be noted in the history of Augusta National. 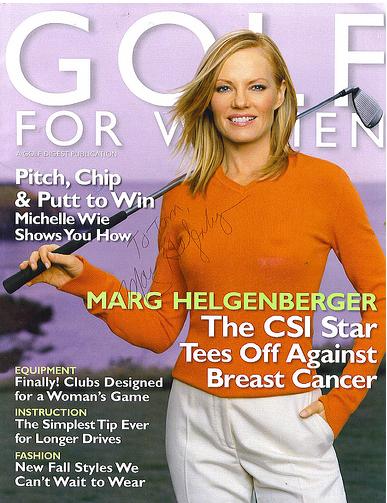 Marg Helgenberger is qualified for membership because:

Augusta National wanted change. Instead, by nominating a black caddy and a blond bimbo, they got more of the same.