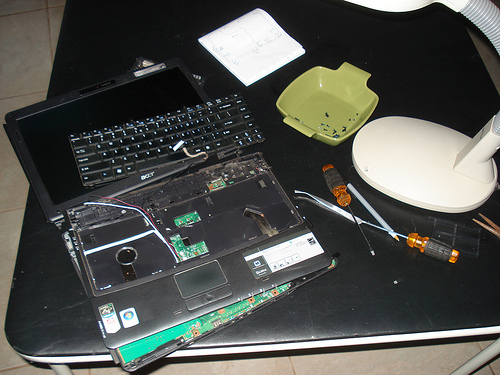 FLASH – BREAKING – ALERT: Don’t believe what you read on the internet.

eHow.com, I’m looking at you.

The laptop has been acting up. If you call not booting acting up. I’d push the power button, it would hum for 10 seconds, flash and then shut down.

I tried the easy stuff:

No luck. So I checked out the stuff online and lots of places (Acer.com and the ilk) suggested that the CMOS battery might be dead. These are little batteries about the size of a dime that are fairly cheap, even here in the land of everything-costs-way-more.

So I poked around and found this

With the encouragement of eHow.com, I figured nothing ventured, nothing gained. OR, it was kaput anyway, so what the hey!

The laptop maker had buried the CMOS battery deep in the underbelly of  my beast. 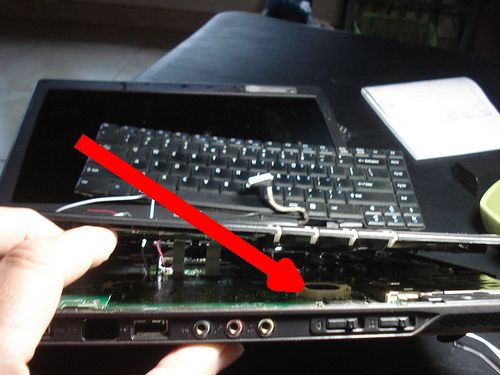 I had to remove the display, remove the keyboard to even see the CMOS battery. Removing it was impossible. But since the computer wasn’t working anyway I still tried. I disconnected one thing on purpose: the display. But poking around, another tiny ribbon connector came loose. The only way to get that reconnected was to disconnect a whole bunch of other ribbon wires so I could get my fat fingers inside.

Yeah. These things aren’t meant to be taken apart by fat fingered people. The final straw in the brick was I broke a soldered connection.

I’m sad. The laptop was at least five years old and had a ton of use. There was nothing on the hard drive that was important (thank you Cloud.)  I could have schlepped the thing to town and got a guy to repair it for probably $100.  But I’ll probably replace it with a $400 laptop with far more bells and whistles, so there’s that.

I’m also sad because it will cut into my eating-junk-food and watching hi-def television time when I’m back in the states.  Shopping for a new laptop. So there’s that.

Maybe I’ll sign up with eHow.com and start posting my helpful hints so I can earn some extra dollars.