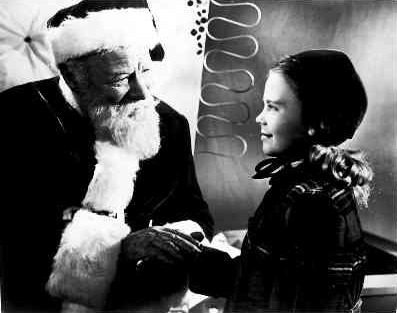 Just because your mom makes the best sweet potato soufflé doesn’t mean your version turns out the
same. New versions of classics are hit or miss – especially when it comes to classic Christmas movies.
You can watch your faves on TV with the family, or snuggle up with your laptop and stream movies
with service you can buy through Internet Service Provider.net

Wherever you watch your Christmas movies, one thing is for sure: some movies mom
just makes better. Here are some of the most famous and infamous Christmas movie remakes:

Movies that never should have been remade:

Miracle on 34th Street (1947, 1994)
Maureen O’Hara has literally laughed about how every remake of the original “Miracle on 34 th Street”
has been terrible. The 1994 version starring Richard Attenborough, as the man who believes he is really
Santa, plus Elizabeth Perkins, Dylan McDermott and the adorable Mara Wilson, does little to recreate
the Christmas spirit of the original. The climactic courtroom scene does little to inspire any of the
holiday magic the 1947 version did. And we know that old guy isn’t the real Santa Claus. He is the old
guy from Jurassic Park.

The Grinch Who Stole Christmas (1966, 2000)
Dr. Seuss would probably cry into his plate of green eggs and ham if he saw Ron Howard’s version of
“How the Grinch Stole Christmas,” starring Jim Carrey. Although Carrey delivers some great one-liners
and could never be accused of not throwing himself into a role, this film falls flat. Compared to the
original, it veers off of Seuss’s path and introduces a gross and weird love triangle that no one wants to
think about during Christmas time. And to top it all off, the sweet little Cindy Lou Who in the movie is
played by Taylor Momsen—the now Gossip Girl castoff turned gothic punk weirdo. It’s like watching the
sweet Lindsay Lohan from The Parent Trap implode all over again.

A Christmas Carol (1951,) Scrooged (1988)
Charles Dickens’s “A Christmas Carol” has been remade into everything from TV specials to radio
specials to musicals to feature films. The classic 1951 version got a dark and sadistic makeover in the
80s, when Bill Murray took the reigns as Scrooge, or in this case TV executive Frank Cross. This movie is a
nice departure from the common remakes, and had almost a Tim Burton-esque feeling to it.

It’s A Wonderful Life (1946), It Happened One Christmas (1977)
Hear me out. The movie magic conjured in “It’s A Wonderful Life” is untouchable and can never
be recreated, but in 1977 a gender-reversal remake made its way onto airwaves. The reason I am
condoning this remake is because the movie makers knew their place. It was a made-for-TV movie,
starring Marlo Thomas and Wayne Rogers, and varied little from the original script and storyline. It’s
a nice tribute to the original, staying in the comfort zone of the story we love. Oscar-winner Cloris
Leachman even won an Emmy for Outstanding Performance by a Supporting Actress as Clara Oddbody,
the angel trying to get her wings. Even though the movie was a critical success, it’s rarely revisited
during the holiday season. Maybe that’s another reason why it was ok they remade this classic in the
first place.

Movie I hope never gets remade: Elf.
This Christmas gem is almost a decade old (how did that happen?), and has already stood the test of time. The one-liners in this jovial film will last you the whole year. Will Ferrell does no wrong in this tale of a grown man leaving his life as an elf behind and heading to the Big Apple to find love, the world’s best cup of coffee and enough chewed gum to last alifetime.

What do you think? What is your best and worst of Christmas movies/remakes?