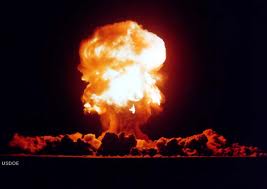 But what you see on the surface is truly just the tip … you know the rest.

The blog had some major flaws that were just waiting to erupt. It took Grandad poking around checking my security to discover the ticking time bomb which would have / should have destroyed GoingLikeSixty.com. It would have gone up in a magnificent display either. It just would have been a white page.

An improvement, many would argue.

Today, Grandad spent HOURS rebuilding the site from scratch – at least three times before it got to this point.

HOURS. And he won’t take a penny.

He said “it’s a bit of a craic…” I had to check to make sure this is a good thing.

Helluva a way to spend his 38th anniversary.

We have had our ups and downs over the years, of course but in the course of time I have become quite fond of the old boot. Unlike some wives, she pulls her weight [*cough*] and is quite good at the menial jobs around the place, like lugging sacks of coal or re-roofing the extension. Once she has her gin, her Valium, a good supply of cigarettes and a soppy programme to watch on television she can be quite reasonable company of an evening.

So later he will add the header that you are used to seeing, and the ads will be back for your entertainment pleasure.

Thanks Grandad! (and Kirk who I know was here in spirit today too)