I was a hesitant because like most people a little bit of longhair music goes a long way with me. I expected a couple of tunes that I would recognize and enjoy. Figured the rest of the evening would be the heavy-duty classical tunes.
I was wrong. Way wrong.
It was a “pops” concert.

It was in the Atenas high school gym. It only had seating for 500 which filled thirty minutes before showtime. About another hundred stood and I’m sure many were turned away.

We sat in the front bleacher seats which put us about thirty feet away from the musicians. That was fun!

The maestro got the crowd on its feet early with the William Tell Overture.

I had forgotten how beautiful the opening prelude is. A solo cello begins and is joined slowly by other cellos and the big deep double basses. At the end of the prelude the tympani roll suggests the coming drama. It ends with a very high sweet note from a single cello. You know how it goes from there. 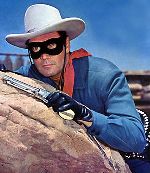 The crowd jumped to its feet with a standing ovation. No hesitation. This crowd of Tico Geezers knew they loved it and wanted to show their appreciation early.

The symphony was then joined by Keren Rodriguez and Willam Hernandez. She a soprano, he a baritone. They sang Phantom of the Opera, he in costume. It was wonderful and dramatic and spectacular.

Shifting gears the opera singers gave up the limelight in favor of Humberto Vargas backed up by Cantoamerica a group of Costa Rica musicians with an African flare.

Next up was Son De Tikizia… very cool!


After a couple of songs by Son de Tikizia, the soprano and baritone came back to sing something from the Marriage of Figaro.

The soprano sang a recognizable song with lots of musical laughter stretching into very high and pure air. (I don’t know the name, but you would love it.)

The baritone did a spectacular (see a trend here?) song from The Barber of Seville. There are a ton of syllables in Figaro. How do they sing so many so quickly?

Then the fun began. There was one other performer (who was a surprise guest, so I don’t know his name.) He sang and chatted up the crowd – a little too much chatting for my liking but the crowd appreciated his words.

I think we counted three languages that were used, Spanish, English and German. Perfect for the mixed crowd of ticos and gringos.

They closed out by all the performers singing a song that invited crowd to sing-along.

We did. And clapped in unison. Some danced.

The encore was encouraged by chanting “otro.” Which means again or over.

It was a free concert. Double spectacular.