After one of the most expensive divorces in history, $168 million he and the new Mrs. Michael Jordan,Yvette, are still living the good life.

When he and his first wife, Juanita were having marriage difficulties, I was having sex with the future Mrs. Michael Jordan.

Her name was Nancy. I was married to her.

As soon as she heard that Michael was available for fooling around / marriage she announced to anyone that would listen that she wouldn’t mind being the next Mrs. Michael Jordan.

She even told me.

So I bought her a #23 Washington Wizards (remember that?) jersey and had “Future Mrs. Jordan” emblazoned on the back.

She even stalked him for a while. Lucky for him the Wizards security had been warned and this was the closest she was able to get. 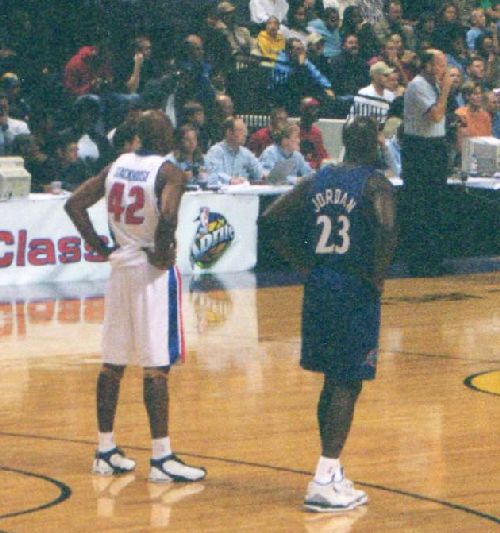 I’m pretty sure she was having fantasy sex with Michael Jordan at that time.