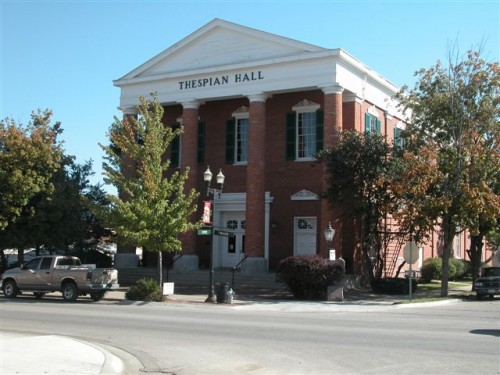 We used to live in Boonville, Missouri. Lots of great memories.

So when Boonville California got written up in the SanFran Chronicle about their “special” language, my eyes perked up (picture that!)

Boontling, one of just two homegrown languages in the United States – and it is close to becoming extinct.

After 160 years of people speaking the oddball, cornpone-inflected dialect invented in and around the tiny, forested outpost of Boonville, Smoot and 11 others are the only ones left who still know Boontling down pat. And the younger generation shows no interest in it.

Time marches on. If they don’t teach it in the schools, the language will disappear. In this case, I don’t see the loss. Go to Boonville, Missouri and chat up some of the geezers there and see if you don’t come away thinking they are talking their own language.

Some Boontling you can work into your next conversation:

“They really came up with them so you could swear without the women knowing what they were saying,” said Rod DeWitt, who at 54 is the whippersnapper of the bahl harpin’ bunch. “And those are usually the first words you learn, like you do when you learn any language, like Spanish. It’s just fun.”

Yeah, Spanish, we are having a ball learning that.
Not.