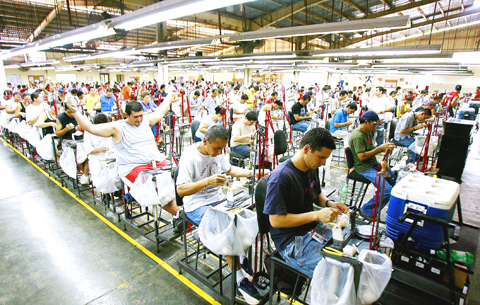 I’ll give you the superfecta of wagering on baseball.

All Major League Baseballs are made in Costa Rica.

Every one of ’em.

For 10 hours a day, workers at the world’s only factory authorized to supply Major League Baseball, in the town of Turrialba in central Costa Rica, sit at desks yanking strands of waxy red fiber to form each baseball’s 108 stitches.

In professional games the balls quickly become too dirty and scuffed by bats to use, or get lost in the crowd on a foul ball or home run. To feed the demand, the factory turns out as many as 2.4 million baseballs a year, all assembled by hand.

Rawlings imports cowhide from Tennessee Holsteins and sheep’s wool yarn from New Zealand – all free of the heavy import taxes the rest of us pay on goods… just so 300 Ticos can sit and sew baseballs.

Yup, Costa Rica subsidizes Major League Baseball by providing a tax break for THE essential part of the game.

How Costa Rica has avoided being corrupted by some Vegas whale or some MLB steroid abuser or some Columbian drug lord who has a nephew-pitcher is a huge surprise in this country where corruption is legendary.

But this year could be the last for Costa Rica baseballs. The exclusive contract with Rawlings to make baseballs expires this year.

Ready for baseballs made in China?

To win the contract China will have to do better than the low $1.60 per hour Rawlings pays the Ticos. The average baseball player makes $3 million! Of course there are incentive bonuses just like in MLB. A good baseball MAKER can earn an extra 52 cents after hitting the quota of 156 balls.

Every strike and every ball is Costa Rica made.