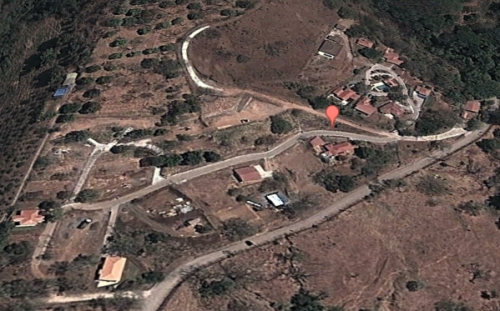 link (Must have Google Earth installed)

The Google Drones have spotted us!  And we are now in high resolution. Used to be that Google Earth view of most of the Costa Rica countryside was in low resolution. You could barely spot a house let along zoom in and see a car in the driveway.

But no more running around in the buff at Sedolsoder. Google is watching and recording every movement!

And I love it. I’ve spotted houses nearby that I didn’t know existed because they are behind huge gates.

Hope the Google Drones have visited more of the Costa Rica countryside.

Meanwhile a Kentucky lawmaker has shown once again why “Kentucky” is often a punchline. As in… What state that has thousands of cargo flights a week would consider a law that could force them to move?

Diane St. Onge (with a name like that is she even ‘murrican?) wants to pass a law banning drones in Kentucky:

Bill Request 1 prohibits drone flights in Kentucky except by members of the U.S. Armed Services for training purposes, and in the case wherein a search warrant has been issued to law enforcement for gathering information relating to a specific investigation. It prohibits any general use of drones by law enforcement, as well as by any foreign government agency, and foreign and domestic corporations.

But what about down the road? How about the day when the FAA says commercial cargo flights can be flown without anyone in the cockpit? UPS FedEx drones? Hmmmmmm Diane? You didn’t think about that did you?

Pilots actually in airplanes are for the most part unnecessary today. If drones can be flown all over the Middle East by pilots sitting in Florida, then why is it necessary for a commercial plane – flying a routine pattern – to have a person behind the controls?

Suppose the FAA says that CARGO planes can fly unmanned. UPS and FedEx fly thousands of flights in and out of Kentucky every week. Will they be looking for a state that hasn’t passed a drone law so they can operate?

The Brits are already experimenting with unmanned cargo planes.

One wag compared unmanned cargo planes with elevators. Used to be nobody would ride in an elevator without a trained operator.

Another observer pointed out that remotely piloted airplanes could be hugely popular in rural communities… for crop-dusting, surveying, inspections, etc.

I’ll think I’ll live to see the day when a pilotless plane will be in commercial use in the U.S.

So any state lawmaker that is considering passing a law against them is stupid and short-sighted.