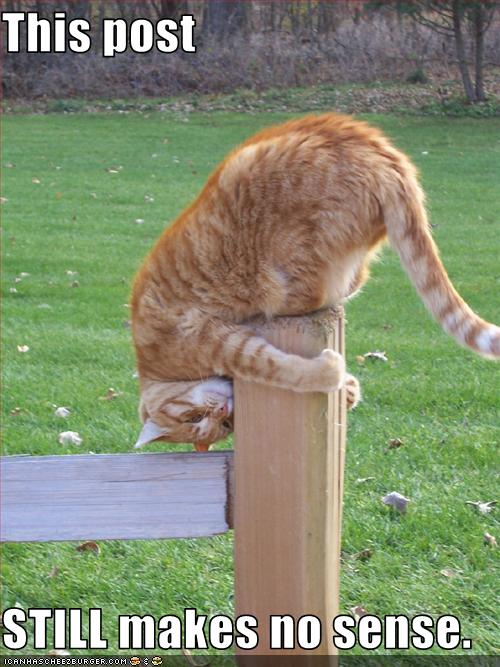 There is a lot of senseless retiring going around.

It is an immutable man-law that men can’t smell their own farts. So when we lose our sense of smell because we are older the biggest impact being senseless of smell usually means we also have lost another sense: taste.

Is memory a sense? On the ride into town this morning, I ran this post idea through my mind.

I could remember there are five senses, but like naming the seven dwarfs, I could not name them all. When I got home, Nancy added the one I couldn’t recall.

I entered my senseless retirement with a loss of sense of hearing. Tinnitus. That happened when I was a kid hanging around loud engines with no mufflers.

My sense of sight started failing when I was in my 20s. I started wearing glasses and am now all the way up to tri-focals, except when I want to see up close and then it’s no-focals.

About 50 my sense of taste started to go. Ahem, food-taste, not clothing-taste … that is still awesome.

As you know smell and taste are just almost so intertwined as to the be same sense. I used to take Flonase nasal inhaler for allergies. Aside from not blowing a hole in my septum, it had just about the same effect as using Coke. It all but destroyed my sense of smell.

I finally admitted to myself that my smeller was shot the other day when Nancy wanted me to smell the gardenia growing in our yard. Nada. Nope. Nuttin’. Natural smells seem to escape me, but fake ones sometimes are discernible.

So I have resigned myself to a senseless retirement.