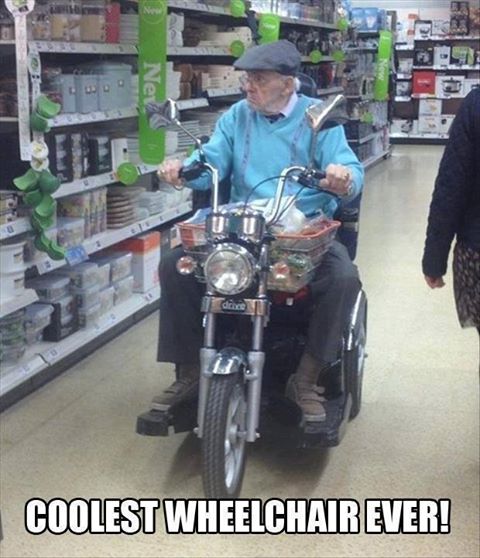 Harley Davidson Motorcycles, the must-have toy by many white male baby boomers has passed a significant milestone with out a word about it.

A top Harley-Davidson executive had said that in 2012, for the first time in years, the average buyer of the company’s bikes was not a baby boomer.

For a brand defined by the emergence and, lately, the aging of the post-World War II cohort of consumers, that’s a big deal – proof the 110-year-old company is gaining traction with a new generation of riders.

Of course, Harley didn’t really have to do anything to lower the average age of their buyers because baby boomers are trading in their Harleys for Hover-rounds.

2012 was the first year that the average age moved the Harley demographic into the Gen X age. True if you by into the specific year cutoff and think the oldest Gen X is significantly different from the youngest Baby Boomer.

Harley is now targeting African-Americans. Latinos and (gasp) WOMEN as buyers. If you’re a guy on a Harley Sportster 883 Low, you’re riding a GIRL’S bike.

Roberta Lamerdin, a 49-year-old small business owner north of Chicago, is one of the new female loyalists.

She never figured she’d ride a motorcycle. She changed her mind a few years back when her husband asked her to pick him up at a Harley-Davidson dealership, where he was having his bike repaired.

While waiting she sat on a Sportster 883 Low, the company’s flagship product in the push to win over women.

But hang around almost any Harley dealership or event and you still most likely see old white guys.

Not that there is anything wrong with that.